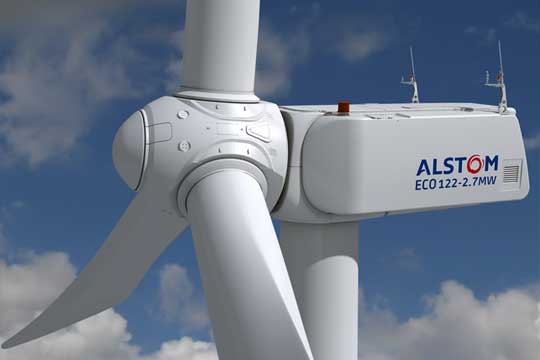 Alstom   Free cash flow was positive
The book-to-bill ratio, at 1.6, was above 1 for the fifth year in a row and was notably boosted by a €4 billion contract in South Africa. Sales, at €6.2 billion, were up 8% (7% on a like-for-like basis) over last year and income from operations amounted to €318 million, up 19%.

The operating margin (after corporate costs) improved by 50bps to 5.2%, thanks to the increase in sales, the sound execution of projects, the implementation of the d2e (dedicated to excellence) performance plan and despite ramp-up costs of new platforms.

Group net income (continued and discontinued) was at €(719) million, affected by a number of exceptional items, in particular the agreement with the US Department of Justice and some asset write-offs in Russia.

As expected, free cash flow from continued operations (before tax and financial cash-out) was positive for the full year and Group free cash flow was substantially positive over the second half of the year and offset a large part of the cash outflow of the first half, with a full year figure of €(429) million.

The backlog amounted to €28 billion, corresponding to 55 months of sales. No dividend distribution will be proposed at the next annual general meeting. ■