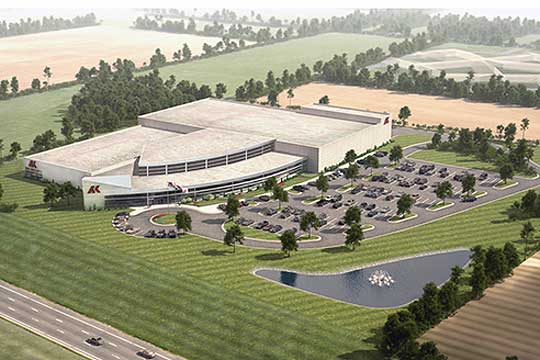 However, excess global steelmaking capacity and continued challenging global economic conditions have resulted in a substantial increase in the level of steel imports into the United States.

More recently, the strengthening United States dollar also has contributed to an increase in steel imports. Imports of flat rolled carbon steel products increased by nearly 60% in 2014, and have averaged more than one million tons per month in January and February of 2015.

These conditions have negatively affected the company's shipments to the carbon spot market in the first quarter of 2015, as well as the selling price of the company's steel to that market.

AK Steel expects an average selling price of approximately $995 per ton for the first quarter of 2015, or about 1% higher than for the fourth quarter of 2014. The expected increase in average selling price is primarily attributable to a richer product mix (i.e., a higher percentage of value-added shipments in relation to total shipments for the quarter).

Carbon steel spot market selling prices have declined throughout the first quarter of 2015 and continue to decline, which AK Steel believes is primarily the result of increased imports.

AK Steel expects to benefit in the first quarter of 2015 from lower raw material (principally carbon scrap and iron ore pellets) and energy costs, as well as stable and consistent operations. However, the collective benefit of these items is expected to be significantly out-weighed by the negative financial effects of the shipment volume and selling price declines described above. ■