Staff writer ▼ | October 29, 2014
The board of Air France-KLM met to examine the accounts for the third quarter of 2014. Q3 activity was strongly affected by 14 days of strike by Air France pilots, which had an estimated negative impact of 330 million euros on the operating result. 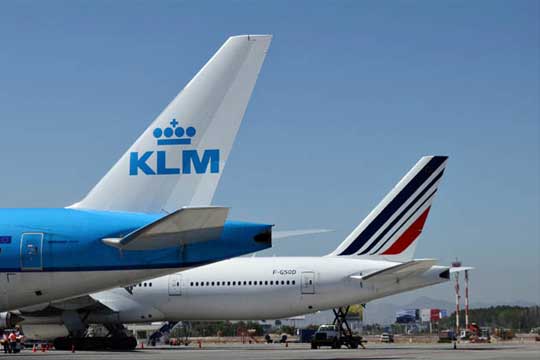 Results   It could have been better
Total revenues were reduced by an estimated 416 million euros, partly offset by 86 million euros of net savings on costs. The strike led to the cancellation of an estimated 4,249 million ASKs (18% of September ASKs) and 213 million ATKs (16% of September ATKs) resulting in an equivalent cancellation of 4.75 billion EASKs (Equivalent Available Seat Kilometer).

Ex-fuel, they increased by 0.7% and by 0.8% on a like-for-like basis. Unit cost per EASK 1 was reduced by 1.2%, on a constant currency, fuel price, pension expense and strike adjusted basis, against capacity measured in EASK up by 2.0%, corrected for the strike. The fuel bill amounted to 1,737 million euros, down 6.4%, but slightly up (+0.4%) on a constant currency and strike adjusted basis.