Martha Taylor-Brown ▼ | May 23, 2020
If you don't live in Sistine Chapel the chance is nobody will pay attention to your ceiling. But, painting it can have a big impact on the overall decor. 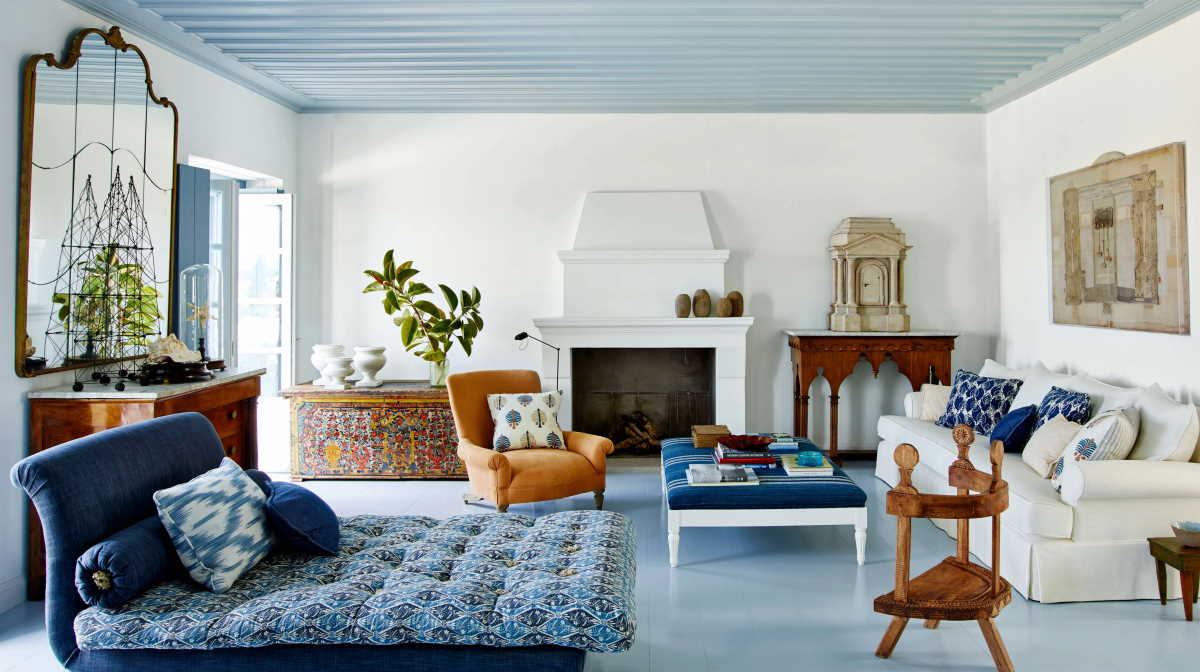 There are two reason behind blue color on the ceiling: first, it remind us of the sky, in other words we have that natural, peaceful feeling inside our home. Second, blue was royal color since like forever because it was rare and could be found on royal courts. With time, something that indicated true wealth became more affordable to all and indeed blue color made many houses a few level more beautiful. A special calm feeling is achieved with blue color in a dining room, even the most rustic one when it gives another dimension to the whole space.

Where do you see blue ceiling first? On the front porch, of course. Originating in southern U.S., blue porch ceiling have their own color called haint blue. Haint means spirit in a Creole dialect of enslaved Africans who lived in southern U.S. and the story says haint blue was used to keep evil spirits away. Some say it keeps insects away but since early colors were made with lime we are more inclined to stick with the insect story. Be it this way or another, a blue ceiling porch is something you can see almost anywhere.

What's the most natural place for having a blue ceiling? Your bathroom. Blue resembles water and, interestingly enough, darker blue shade will not make your bathroom smaller, it will in fact make it feel infinite in a way, and you will fell like you are bathing underneath the blue sky, in nature, and there's no better feeling than that. With a single blue light in the middle of the ceiling, the picture of ultimate bathing pleasure is complete.

And what about your living room, is there any space for blue? Indeed, it is. Contrary to the theory that defines blue as a relatively cold color, you can use it in your living room very effectively. Forget the theory and paint your ceiling blue with no fear. Go with a light shade and then you can play beneath it with some blue detail like cushions and bed fabric and you will get a stunning effect. The beauty of it is that you can use wood, metal, other colors, different shapes, different materials, and combine all them into a wonderful living room that deserves to be on the cover of a magazine. ■