Bring in light and views of the sky

Martha Taylor-Brown ▼ | June 11, 2016
If there is one thing you can't have too much of in your home, that's light. It makes any space bigger and brighter, and brings good mood to any room. 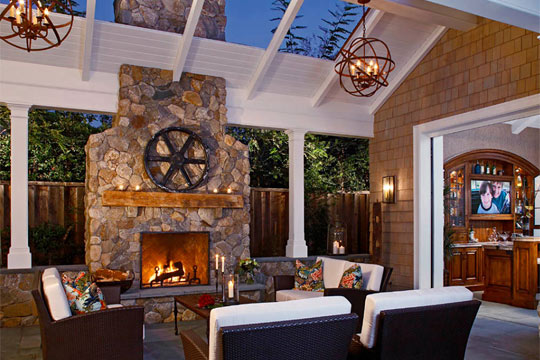 Roof openings   A great way to brighten up a space

When thinking about letting the light in your space, why not start with a bold idea? For example, to convert the whole ceiling into an open roof. Vanguard Blinds comes from Australia, the country when "open" is present in all aspects of life. Their idea of converting a standard roof into an open one is suitable for every part of the house but it is probably most welcomed in a living room. Be it a retractable or a static open roof, no doubt that their roof solutions will make any room bright and sunny.

An another interesting idea comes from Sullivan Building & Design Group of the U.S. While opening the roof in two places, they also added skylight frames made from reclaimed wooden window sashes. With them, designers effectively converted a modern skylight into more traditional "roof windows," keeping the overall traditional look intact. This idea may fit well any traditional house and if the roof is really big it can be applied several times across. The best thing of them all is that their skylights may be made to measure, so it's on you to point the finger to the roof and that's it.

When talking about tradition, there's nothing more traditional than a wood country house. Some would say that log cabins are so well-designed that they don't need any "modern" changes, but Kenneth Davis Lux International proves otherwise. The large roof openings converted a traditional kitchen into something totally new, bright and visually larger. Log cabins can be dark by their nature and roof openings are great way to make them full of life without much effort.

A good idea may by applicable to any interior but in a modern house the designer's playground is without borders. Keep in mind that roof openings and skylights may follow your space and your ideas any way you like, so you don't have to be restrained by classic skylight. Rachlin Partners of the U.S. created an opening that is narrow but as long as the bedroom itself. That not just created a bright room, that made a design statement that emphasizes the modern look of the space, being completely incorporated into the overall design idea. ■