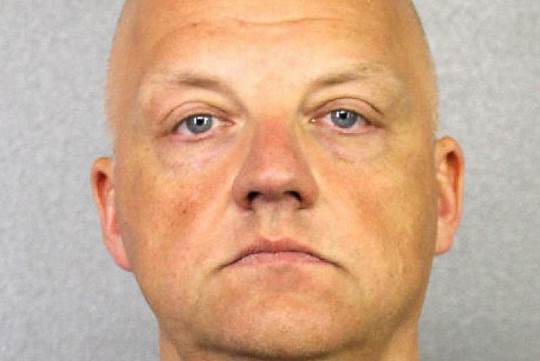 Auto industry   Conspiracy to cheat U.S. emissions tests
Oliver Schmidt, a citizen and resident of Germany, was sentenced by U.S. District Judge Sean F. Cox of the Eastern District of Michigan, who also ordered Schmidt to pay a criminal penalty of $400,000.

“Oliver Schmidt cheated the American people, and today’s sentencing shows that such behavior will be prosecuted to the fullest extent of the law,” said Deputy Assistant Attorney General Williams. “The Department of Justice and its partner agencies will continue to work together to ensure a level playing field for all competitors and a cleaner environment for all Americans.”

In connection with his guilty plea, Schmidt admitted that he agreed with VW employees to mislead and defraud the United States and domestic customers who purchased diesel vehicles, and to violate the Clean Air Act.

Schmidt first learned during the summer of 2015 that certain VW diesel vehicle models contained a defeat device, or software that detected the difference between when the car was undergoing standard U.S. emissions testing and when it was being driven under normal conditions on the road.

If the vehicle recognized that it was not being tested, many of its emissions control systems were significantly reduced, resulting in NOx emissions that were sometimes 30 times higher than U.S. standards.

Schmidt admitted to participating in discussions with other VW employees in the summer of 2015 on how to coordinate responses to questions from U.S. regulators about VW’s diesel vehicles without admitting to the defeat device contained in vehicles.

On the instructions of management, Schmidt met with U.S. regulators twice in August 2015 and attempted to obtain approval for the sale of additional VW diesel vehicles without disclosing what he knew was the truth – that the real reason for the high emissions on the road was that VW had intentionally installed software designed to cheat emissions testing.

Schmidt further admitted that he knew during his participation in the conspiracy that the VW “clean diesel” vehicles were being marketed to the public as being environmentally friendly and promoting increased fuel economy while complying with U.S. environmental regulations.

Schmidt knew that VW’s diesel vehicles were not compliant with U.S. standards and regulations and that these representations made to domestic customers were false, he admitted.

As part of his guilty plea, Schmidt agreed that during his participation in the scheme, he and his co-conspirators caused losses to victims of more than $150 million and that he obstructed justice. ■

Czechs getting more rich, spending a lot, not saving, survey