Christian Fernsby ▼ | June 10, 2019
Valero Energy UK Ltd and BandA Contracts Ltd have been fined after an explosion killed four workers and seriously injured another at an oil refinery in Pembrokeshire in 2011. 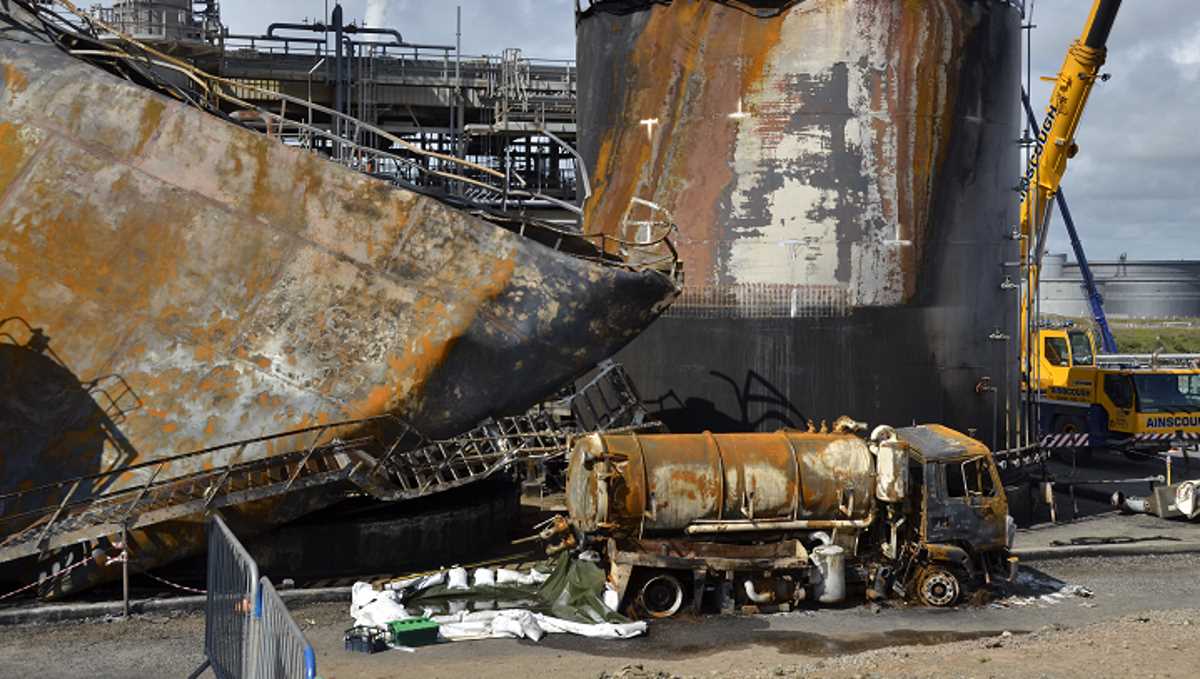 Britain   The five workers were emptying a tank in the Amine Recovery Unit
Dennis Riley, 52, Robert Broome, 48, Andrew Jenkins, 33, and Julie Jones, 54, died after a storage tank exploded at the site.

Swansea Crown Court heard how on, 2 June 2011, the five workers were emptying a tank in the Amine Recovery Unit using a vacuum tanker when the explosion and subsequent fire took place shortly after 6pm.

B and A Contracts Ltd, which was a long-term contractor at the refinery, was carrying out the work, with support from another contractor, Hertel.

The explosion resulted in a fireball which severed the 5-tonne tank roof, and this was projected 55 metres to impact against a butane storage sphere.

The roof narrowly missed a pipe track where a range of flammable materials were carried.

An investigation by the Health and Safety Executive found the explosion was most likely to have been initiated by the ignition of a highly flammable atmosphere within the tank, during what should have been a routine emptying operation in preparation for further cleaning and maintenance.

The investigation also found there had been longstanding failures within the refinery safety management systems and as a result the risks posed by flammable atmospheres within the Amine Recovery Unit were not understood or controlled.

At the time of the incident the refinery was operated by Chevron Limited, but ownership changed in August 2011 when the sale to Valero was completed.

Valero Energy UK Ltd of Wood Street, London, pleaded guilty to breaching Sections 2(1) and 3(1) of the Health and Safety at Work etc Act 1974.

The company have been fined £5 million and ordered to pay costs of £1 million.

Speaking after the hearing, HSE inspector Andrew Knowles said: “This incident, which had devastating consequences for all of those involved, was entirely preventable.

Many opportunities to take action to control risk were missed, that would have prevented the incident from occurring.

It is important to realise that the incident could have had even more serious consequences had the butane sphere or pipe track been damaged by the flying tank roof. ■