Staff Writer | May 11, 2018
A Japanese shipping company that delivered steel products to Wilmington, NC, was convicted and sentenced for obstruction of justice and falsification of an Oil Record Book to cover-up intentional oil pollution from the m/v Atlantic Oasis. 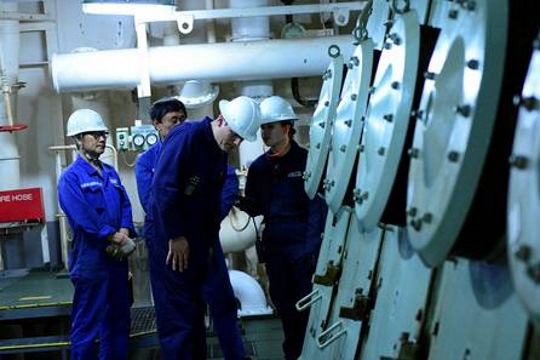 The company admitted that its engineers failed to document the illegal discharge of oily wastes from the vessel’s fuel and lubrication oil purifier systems, as well as discharges of oily bilge waste from the bilge holding tank and from the vessel’s bilges.

During a U.S. Coast Guard inspection of the vessel on May 17, 2017, a junior engineering crewmember provided information to the inspectors about how the oily wastes were being discharged by the order of Chief Engineer Youn.

The crewmember also showed U.S. Coast Guard inspectors where the hoses that were used for the discharges were hidden.

Chief Engineer Youn lied to the inspectors about the existence of a Sounding Log, which is typically used in the industry to record the fluid levels of various tanks in the engine room.

By the end of the inspection, Chief Engineer Youn had admitted to ordering the illegal discharges and admitted that there was a Sounding Log.

Nitta was ordered to pay a fine of $1,000,000; placed on probation for a period of three years; and further ordered to implement a court-approved comprehensive Environmental Compliance Plan as a special condition of probation, which will be audited throughout probation.

Chief Engineer Youn was placed on probation for one year and ordered to pay a fine of $5,500.00. ■