Staff writer ▼ | June 25, 2016
The Securities and Exchange Commission (SEC) charged four companies and eight individuals in an $80 million oil and gas fraud orchestrated by a Dallas man who calls himself the “Frack Master” for his purported expertise in hydraulic fracturing. 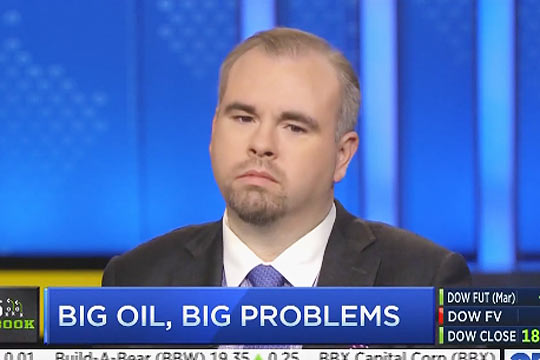 According to the SEC’s complaint, Faulkner started the scheme dating back to at least 2011 through privately-held Breitling Oil and Gas Corporation (BOG), which offered and sold “turnkey” oil and gas working interests.

The SEC alleged that BOG’s offering materials contained false statements and omissions about Faulkner’s experience, estimates for drilling costs, and how investor funds would be used.

The SEC further alleged that the offering materials included reports by licensed geologist Joseph Simo that included baseless production projections and failed to disclose his affiliation with BOG.

The scheme evolved to include BOG’s successor, BECC, a reporting company with shares traded on OTC Link and two affiliated entities, Crude Energy LLC and later Patriot Energy Inc. Faulkner allegedly established Crude and Patriot to deceive investors through offerings similar to those conducted by BOG.

The complaint alleges that even though investors thought Hallam and Miller ran these two entities, Faulkner directed much of Crude’s and Patriot’s operations. The SEC alleged that BOG, Crude and Patriot raised more than $80 million from investors as part of these deceptive offerings.

The SEC alleged that Beth Handkins, a former employee of Crude and Patriot, Rick Hoover, the former CFO of BECC, and Jeremy Wagers, BECC’s general counsel and COO, all played essential roles in assisting Faulkner in the alleged fraud.

The SEC also alleged that Faulkner, Wagers and Hoover misrepresented various aspects of BECC’s operations in BECC’s public reports, including statements about the company’s financial performance, and its relationship to Crude and Patriot.

In addition, while in the middle of perpetrating this fraud on investors, Faulkner engaged in a scheme to manipulate the price of BECC’s stock, with the assistance of former BECC employee Gilbert Steedley, by placing trades at the end of the day to “mark the close” of the stock.

The SEC also charged Faulkner, Wagers, and Hoover with lying to auditors, and charged Faulkner and Hoover with violating certification provisions of the Sarbanes-Oxley Act. Faulkner faces additional fraud charges based on his alleged manipulation of Breitling Energy’s stock, and the SEC charged Steedley was charged with aiding and abetting Faulkner’s manipulative conduct.

Miller, Handkins and Steedley have offered to settle the Commission’s action against them on a bifurcated basis.

Each will agree to full injunctive relief, including a conduct-based injunction for Miller, and will have the Court determine the appropriate disgorgement and civil penalties at a later date upon motion by the Commission. ■