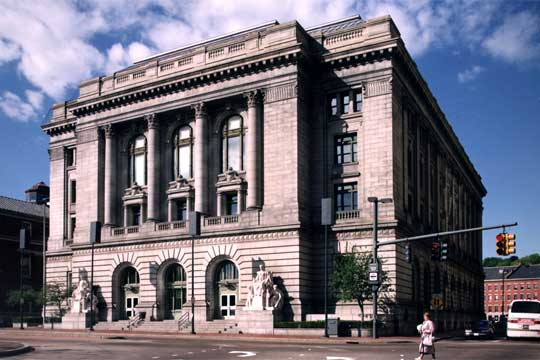 Rhode Island   Owner of ClearPath Wealth Management in court
According to documents filed in U.S. District Court in Providence, Churchville, the owner of ClearPath Wealth Management, formerly located in Providence and Barrington, has agreed to plead guilty to criminal charges related to a $21 million dollar Ponzi scheme, his theft and use of $2.5 million dollars of investors’ funds to purchase his home, and his failure to pay more than $820,000 in personal federal income taxes.

According to court documents, an investigation by the FBI, IRS Criminal Investigation and the United States Attorney’s Office determined that in the spring of 2008 through October 2011, Churchville and ClearPath, on behalf of their client investors, invested approximately $18 million dollars in JER Receivables, an entity incorporated in Maryland.

In June 2010, Churchville became aware that the investments with JER were no longer producing returns and that ClearPath had been subjected to fraudulent and misleading representations by the principals of JER. Churchville failed to notify his client investors that he had lost millions of dollars of invested funds.

According to court documents, in order to hide the fact that he had lost millions of dollars of client investor funds through his dealings with JER Receivables, and to continue to operate his business and reap his investment fees, Churchville misappropriated approximately $21 million dollars of investment money.

To obtain the $21 million dollars, Churchville misused investor money already under his control and obtained new investor funds. He used this money to pay back the JER investors and told them, falsely, that the money was the return on their investments.

To induce new investments to carry out the schemes, Churchville lied and told investors that ClearPath’s previous investments with JER Receivables had been successful and produced high rates of return.

Additionally, the investigation determined that in 2011, Churchville created a scheme to obtain $2.5 million dollars, using investors’ funds as collateral without their knowledge, to purchase a personal residence in Barrington. Churchville failed to report the $2.5 million dollars as income on his personal tax returns, resulting in a loss to the IRS of $820,528.

The case is being prosecuted by Assistant U.S. Attorney Dulce Donovan.

Patrick Churchville is also a defendant in a U.S. Securities and Exchange Commission civil matter. ■