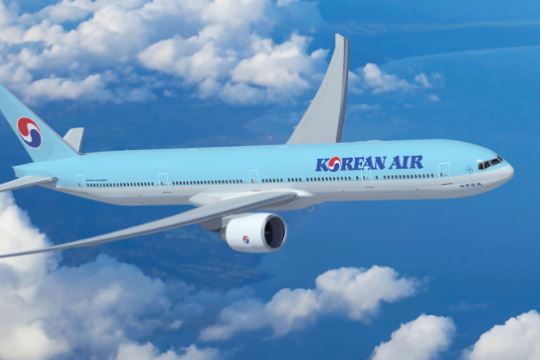 The commission slapped the airline, Cybersky and Uniconverse with fines of 715 million won, 103 million won and 612 million won, respectively.

The FTC said it will also refer Korean Air and its Executive Vice President Cho Won-tae to the prosecution for a probe into insider trading in which the airline offered unjust profits to the business units.

"We have addressed what the FTC has demanded through an asset sale and transfer of operating rights. If we receive a notice from the FTC, we will consider explaining (our position) through a legal process," Korean Air said in a text message, without elaborating.

After the FTC began a probe into unfair deals between Korean Air and the two units in May last year, Korean Air acquired the whole stake in Cybersky in November.

Korean Air had Uniconverse operate a call center for the airline, but Uniconverse transferred the business of running the call center to Hanjin Information Systems & Telecommunication Co., a unit of Hanjin Group, earlier this year.

In the unfair deals, Korean Air provided all of its gains from online advertising at Cybersky, a unit handling the airline's in-flight duty-free business, to that company.

Moreover, Korean Air exempted Cybersky - the operator of the airline's online shopping mall cyberskyshop.com - from commissions for selling the products of Hanjin Group for no proper reason, it said.

The airline made an excess payment to Uniconverse Ltd. for its equipment and maintenance services to Korean Air, a flagship unit of Hanjin Group, it said.

Cho Won-tae is in charge of Uniconverse, which is wholly owned by Chairman Cho and his three children.

As for Cybersky and Uniconverse, they violated the antitrust laws by accepting excess payments and other benefits from their contracts with Korean Air, the FTC said.

As of April, Hanjin Group had 38 affiliates under its wing with combined assets of 37.03 trillion won, according to FTC data. ■