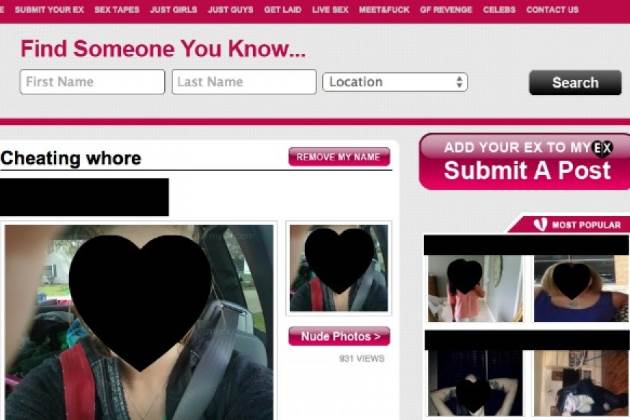 The site, which shut down shortly after the complaint was filed, urged visitors to “Add Your Ex,” and to “Submit Pics and Stories of Your Ex.” In numerous instances, the defendants allegedly charged victims fees from $499 to $2,800 to remove their images and information from the site.

“We are gratified that the court ordered this site shut down for good,” said Andrew Smith, Director of the FTC’s Bureau of Consumer Protection. “The defendants in this case harmed individuals by publishing their intimate images, and then victimized them again by trying to extort money to take the information down.”

In addition, the court granted the FTC’s request to permanently ban the defendants from posting intimate images and personal information of others on a website without notice and consent.

The order also requires the defendants to destroy all such intimate images and personal information in their possession, and prohibits them from charging individuals fees for removing such content from a website.

Earlier this year, the FTC and Nevada approved a settlement with one of the other defendants in the case, Aniello Infante, who served in various corporate roles including President of EMP Media Inc.

The settlement with Infante imposed similar conditions as the court’s latest order. ■