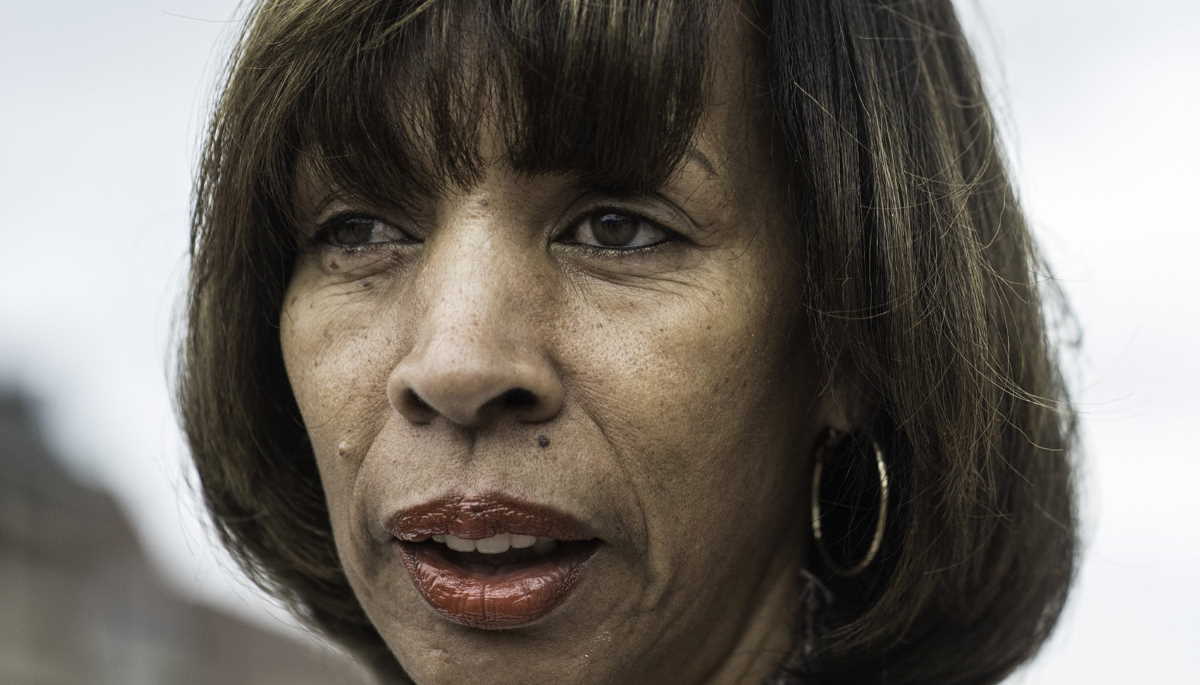 According to her plea agreement, from approximately 2007 through 2016 Pugh served in the Maryland State Senate, where she served on various legislative committees, including the Senate Health Committee. In 2011, Pugh ran an unsuccessful campaign to be mayor of Baltimore.

In September 2015, Pugh again ran for mayor of Baltimore, and won, becoming Mayor on December 6, 2016. Pugh owned Healthy Holly, LLC, a company formed in Maryland on January 14, 2011, and used to publish and sell children’s books she had written.

Pugh also owned Catherine E. Pugh and Company, Inc., a marketing and public relations consulting company organized in Maryland in 1997. The principal address for both companies was Pugh’s residence in Baltimore.

Pugh was also the sole signatory on the Healthy Holly and Pugh Company bank accounts. Pugh did not maintain a personal bank account, using her business bank accounts for personal and business finances.

Between June 2011 and August 2017, four Healthy Holly books were published, with each book listing “Catherine Pugh” as author. The vast majority of books published by Healthy Holly were marketed and sold directly to non-profit organizations and foundations, many of whom did business or attempted to do business with the Maryland and Baltimore City governments.

From approximately 2011 until December 2016, Gary Brown, Jr. worked as a legislative aide to Pugh. Brown actively campaigned for Pugh’s reelection to the State Senate in 2014 and served as her campaign aide during her 2016 mayoral election campaign.

Following Pugh’s election and inauguration as mayor of Baltimore City in December 2016, Brown was hired as the Deputy Director of Special Events in the mayor’s office.

In December 2016, Brown was nominated by the Maryland Democratic Central Committee to fill the vacancy in the Maryland House of Delegates created by Pugh’s mayoral victory. However, the Governor withdrew Brown’s nomination after he was indicted for election law violations in January 2017.

Between March 2011 until March 2019, Brown helped Pugh promote and sell the Healthy Holly books. Brown oversaw the transportation and storage of the books, drafted invoices, and corresponded with purchasers. Much of Brown’s work on Healthy Holly occurred during work hours while serving as Pugh’s legislative aide and mayoral staff member.

Brown was not an employee of Healthy Holly and received no salary or compensation until approximately mid-2016 when he started to get sales commissions. None of his companies received compensation for services purportedly provided to Healthy Holly.

Pugh admitted that from November 2011 until March 2019, she conspired with Gary Brown to defraud purchasers of Healthy Holly books in order to enrich themselves, promote Pugh’s political career, and fund her campaign for mayor.

Pugh and Brown admitted that they employed several methods to defraud, including: not delivering books after accepting payments for the books; accepting payments for books to be delivered to a third party on behalf of a purchaser, then converting some or all of the purchased books to their own use without the purchaser’s or third party’s knowledge; and by double-selling books without either purchaser’s knowledge or consent.

Specifically, Pugh admitted that she sold approximately 20,000 each of Healthy Holly books one, two, and three to the University of Maryland Medical System (UMMS) for $100,000 each.

UMMS agreed to the purchase on the condition that it be on behalf of, and for distribution to, school children in the Baltimore City Public School system (BCPS), in part, to further the mission of UMMS’s community outreach program. As part of the agreement Pugh was to deliver the donated books to BCPS.

As detailed in her plea agreement, Pugh did not deliver the full 20,000 Healthy Holly books one, two, and three that UMMS purchased to BCPS, instead keeping some of the books for herself.

In addition, Pugh sold to unwitting purchasers copies of Healthy Holly books one, two, and three that had already been sold to UMMS and donated to BCPS. Pugh used Associated Black Charities, a Baltimore-based public charity, to facilitate the resale and distribution of the books to new purchasers.

Neither the charity nor the new purchasers knew that Pugh was double-selling the books. Pugh also accepted payment for books that were never delivered to the purchaser.

Pugh further admitted that she used the proceeds of the sale of fraudulently obtained Healthy Holly books for her own purposes, including: to fund straw donations to Pugh’s mayoral election campaign; and to fund the purchase and renovation of a house in Baltimore City.

Specifically, Pugh issued Healthy Holly checks payable to Brown, for the purpose of funding straw donations to the Committee to Elect Catherine Pugh. Brown cashed the checks and used the untraceable cash to fund money orders, debit cards, and personal checks in the names of straw donors totaling approximately $35,800.

The straw donations purchased with the cash were then deposited into the bank account of the Committee to Elect Catherine Pugh. Pugh wrote additional Healthy Holly checks to Brown totaling $26,300, which he cashed and gave the cash to Pugh.

In furtherance of the pretense, Pugh and Brown signed an independent contractor agreement between Healthy Holly and GBJ Consulting, and Brown created a business ledger that misrepresented the Healthy Holly checks as payments for promotion services rendered by Brown’s company on behalf of Healthy Holly. At Pugh’s urging, Brown also created bogus GB Consulting invoices and backdated them.

On January 11, 2017, Brown was charged with, and ultimately convicted of, violating Maryland’s election laws for funneling $18,000 of the straw donations to Pugh’s campaign.

The Committee to Elect Catherine Pugh issued five checks in the names of three of the straw donors, with a notation in the memo line on each check stating “returned contribution.”

In fact, Pugh acknowledges that none of the straw donors received any of the returned money, and instead, at Pugh’s direction, Brown used the money to pay for his legal defense in the state election-law prosecution, a case that had legal implications for Pugh.

Former Baltimore City employees Gary Brown, Jr.of Baltimore, previously pleaded guilty to conspiracy to commit wire fraud, to two counts of conspiracy to defraud the United States, and to filing a false tax return. No sentencing date has been set. ■