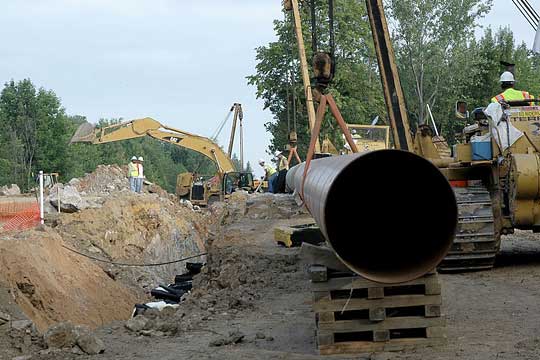 Both Line 6B and Line 6A are part of the Lakehead Pipeline system owned by Enbridge Energy, Limited Partnership, a subsidiary of EEP.

The Decree sets civil penalties under the Clean Water Act of $61 million relating to the Line 6B release and an additional sum of $1 million related to the Line 6A release, each payable within 30 days of the effective date of the Decree.

The amount of the penalties largely had been accrued by EEP and included in previously reported total estimated costs related to the 6B release. EEP has previously resolved claims for natural resource damages, as detailed in the Decree, and in May 2015, signed an agreement with the State of Michigan with respect to mitigation payments.

Enbridge must enhance measures to protect the Straits of Mackinac along the Line 5 Straits Crossing; improve leak detection requirements; install new valves to control product loss in the event of an incident; continue enhancement of control room operations; and enhance spill response capabilities.

The total cost of these measures is estimated to be approximately $110 million throughout the four-year term of the Decree and is already largely incorporated in EEP's operational and capital expense planning.