Staff Writer | December 10, 2016
The Federal Court of Australia has ordered that Sino Australia Oil and Gas Limited (in liquidation) (Sino) pay a pecuniary penalty of $800,000 and its former chairman, Tianpeng Shao, be disqualified from managing corporations for a period of 20 years. 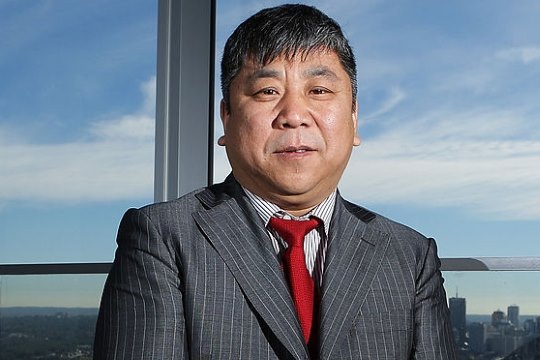 Down Under   Shao is disqualified for a period of 20 years
The penalty and disqualification ordered follows a decision of the Court on 11 August 2016, where it declared that Sino and Mr Shao had contravened the Corporations Act 2001.

In imposing the pecuniary penalty upon Sino, the Court gave consideration to the maximum penalty available, which is $1 million, and the increasing trend in entities from emerging markets seeking and obtaining listing on the ASX, particularly from the Asia-Pacific region.

Sino was the Australian holding company of a Chinese operating company providing specialised drilling services to the oil and gas industry.

Sino was listed on the Australian Securities Exchange Limited on December 12, 2013 after raising approximately $13.6 million under an initial public offering (IPO).

In March 2014, ASIC obtained an injunction from the Federal Court of Australia on an urgent basis freezing the Australian bank account of Sino after concerns were raised with ASIC that Shao was attempting to transfer $7.5 million – representing almost the entire cash held by Sino in Australia – to bank accounts in China for purposes that were not disclosed, or not properly disclosed, in Sino’s prospectus documentation during the IPO.

On May 21, 2015 the Court ordered, on the application of ASIC, that Mr Peter McCluskey, a partner of Ferrier Hodgson, be appointed as provisional liquidator of Sino and to make inquiries in relation to, among other things, the business activities of Sino and its subsidiaries in China and provide a report to the court.

On 4 March 2016 the Court ordered the winding up of Sino and the appointment of Mr McCluskey as the company’s liquidator.

On 11 August 2016 the Court declared that Sino and Shao had contravened some sections of the Corporations Act 2001.

On December 8, 2016 the Court ordered, upon an application by the Sino’s liquidator, that a compensation order of $5,539,758 be made against Mr Shao to meet Sino’s liability to its shareholders. ■