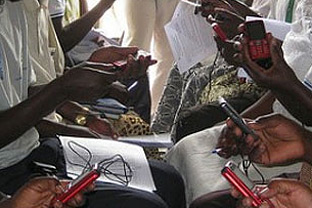 
"The expansion project is vital to attain Ethio Telecom's objective of increasing telecoms service access and coverage across the nation as well as to upgrade the existing network," chief executive Andualem Admassie said.

The agreement is part of a telecommunications expansion project worth $1.6 billion, which is shared with China's Huawei Technologies. Huawei and ZTE have split the cost of the scheme. The expansion project aims to increase mobile phone and 3G internet access throughout the country and introduce 4G broadband in Addis Ababa.

Ethio Telecom, the country's only phone and Internet provider, aims to increase mobile coverage to 80 percent of Ethiopia with the expansion project. Less than one percent of Ethiopia's 85 million people have access to mobile Internet and 23 percent of its population subscribe to mobile phones, according to the International Telecommunications Union (ITU). ■