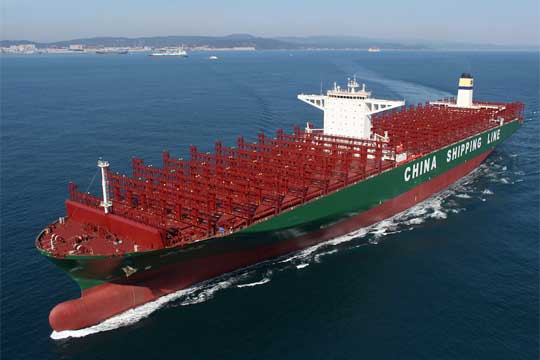 19.000 TEU   Made in Korea
It and takes the title of world's largest containership from Maersk Line's 18,000 teu Triple E class vessels.

Measuring 400 meters in length, 58.6 meters in width and 30.5 meters in depth, CSCL Globe is as large as four soccer fields. She will be deployed on the Asia-Europe trade loop after being handed over to the owner within this month.

The CSCL Globe will feature a 77,200 bhp electronically controlled main engine to enhance fuel efficiency by automatically controlling fuel consumption according to the ship's speed and sea conditions.

The containership will burn 20% less fuel per TEU in comparison with the 10,000 TEU containerships, the builder said. ■