Staff writer ▼ | February 13, 2013
Attorney Willie Gary filed a half-billion dollar lawsuit on behalf of music legend Chubby Checker against HP and Palm because of the app "The Chubby Checker". 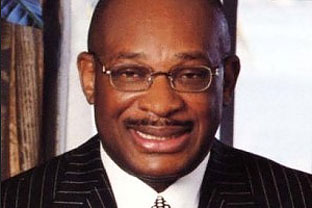 Attorney Willie Gary filed a half-billion dollar lawsuit on behalf of music legend Chubby Checker against HP and Palm because of the app "The Chubby Checker".


The app, hosted in the webOS App Catalog and a play on the stage name of Chubby Checker, was created by developer Magic Apps, was designed as a calculator for estimating the penis size of a man given the input of his shoe size. Mr. Gary filled the lawsuti along with his law partner Robert Parenti and associate attorney, Alicia M. Phidd of the Stuart, Florida-based law firm of Gary, Williams, Parenti, Watson & Gary.

The lawsuit states that Hewlett Packard and Palm, Inc. have not been given permission directly, indirectly or otherwise to maintain the app. The suit was filed in St. Lucie County Federal Court.

"This lawsuit is about preserving the integrity and legacy of a man who has spent years working hard at his musical craft and has earned the position of one of the greatest musical entertainers of all time. We cannot sit idly and watch as technology giants or anyone else exploits the name or likeness of an innocent person with the goal of making millions of dollars. The Defendants have marketed Chubby Checkers' name on their product to gain a profit and this just isn't right," commented Gary.

The lawsuit states that despite numerous attempts to cease the app, HP refused to dismantle the operation and, therefore, continues to perpetuate degrading and derogatory content directly linked to Chubby Checker. The app adversely affects Chubby Checker's brand and value and if allowed to continue, will cause serious damage to the Plaintiff's goodwill and will tarnish his image that he has worked to maintain over the last 50 years, said Mr. Gary in the statement. ■

Joseph A. Sullivan president and CEO of Legg Mason