Staff writer ▼ | September 30, 2013
Japan's financial watchdog ordered Mizuho Bank to stop lending money to gangsters, saying it has made little progress in tackling the problem. The bank apologized for "inconvenience this may have caused." 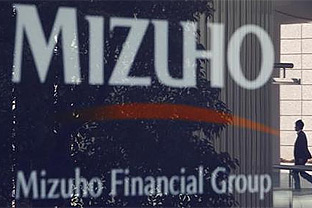 Japan's financial watchdog ordered Mizuho Bank to stop lending money to gangsters, saying it has made little progress in tackling the problem. The bank apologized for "inconvenience this may have caused."


Mizuho Bank had processed hundreds of transactions worth about 200 million yen ($2 million) for "anti-social forces", a common term for Japan's yakuza mobsters. The Financial Services Agency scolded Japan's third-biggest bank for taking "no substantial steps" in dealing with the issue after it was first discovered two years ago, and pointed to "serious problems" with its compliance monitoring.

Mizuho has one month to draft a plan to address the issue, the watchdog said. The yakuza engages in activities ranging from gambling, drugs, and prostitution to loan sharking, protection rackets, white-collar crime and business conducted through front companies.

The gangs, which themselves are not illegal, have historically been tolerated by the authorities, although there are periodic clampdowns on some of their less savoury activities

"MHBK takes this order very seriously and deeply regrets these occurrences, and MHBK expresses its deepest and most sincere apologies to its clients and all related parties for any concern or inconvenience this may have caused.

"MHBK will rigidly implement its improvement plan in relation to this problem and also work with utmost effort towards further improvement and reinforcement of its internal control systems," the bank said. ■

Korea approved takeover of Eastar Jet by Jeju Air
Hitachi changing its European production operations and will focus on one facility
BMW takes delivery of site for new production base in Hungary
Phillips 66 faces $1.5m fine for safety hazards