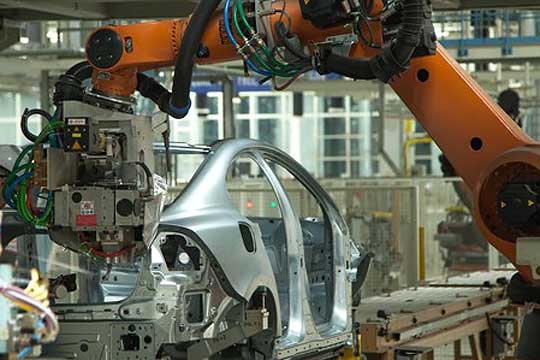 Auto industry   Up to 100,000 cars per year
The Berkeley County factory, located outside of Charleston, will make latest generation Volvo models for sale in the United States and for export. Construction will begin in early autumn 2015, with the first vehicles expected to roll off the assembly line in 2018.

Once completed, Volvo Cars will be able to manufacture vehicles on three continents, underscoring its position as a truly global car maker. It already operates two plants in Europe and two in China. The new US plant forms part of an ambitious medium term expansion plan to double global sales, boost market share and lift profitability.

Volvo began importing cars to the US in 1955. With the development of an American factory, the company crosses an important threshold from an automotive importer to a domestic manufacturer.

The decision to choose Berkeley County was taken as a result of its easy access to international ports and infrastructure, a well-trained labor force, attractive investment environment and experience in the high tech manufacturing sector.

Volvo Cars estimates that the factory will employ up to 2,000 people over the next decade and up to 4,000 people in the longer term. An economic impact analysis compiled by Frank Hefner at the College of Charleston estimates that, for an initial 2,000 direct jobs, more than 8,000 total jobs would be created as a result. The plant would contribute approximately $4.8 billion in total economic output on an annual basis. ■