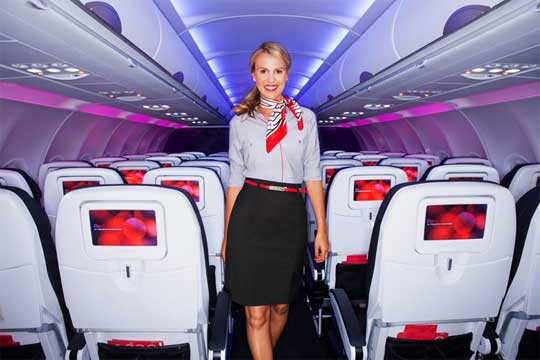 The survey, which covered 245 airlines, from the largest international carries to smaller domestic airlines, was conducted online between September 2014 and May 2015, during which time 18.89 million customer surveys were completed.

"We are truly honored to be recognized again in the prestigious World Airline Awards, including being named the Best Airline in North America for the first time, while maintaining our distinction for outstanding guest service for the fourth consecutive year," said Virgin America senior vice president for people and in-flight, Frances Fiorillo.

The awards, which were presented at the Musee de l'Air et de l'Espace during the Paris Air Show, are based on 41 key performance indicators of airline product and service – from check-in to boarding, seats, cabin cleanliness, food, beverages, IFE and staff service. ■