Tullow Oil sees 2018 as a productive year after $2.5 billion in loans 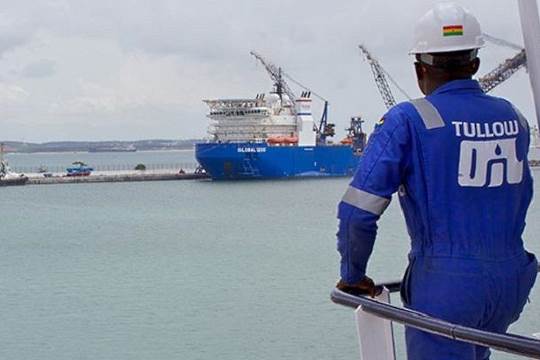 Oil exploration   Tullow has its headquarters in London
The company said it completed the refinancing of $2.5 billion in credit facilities, leaving it with about $900 million in free cash.

"The transaction, which was formally launched in early October following the resolution of the Ghana - Ivory Coast border dispute, was materially over-subscribed and extends the maturity of the Group's existing reserves-based lending credit facilities," the company explained.

Tullow, which has its headquarters in London, posted a loss of around $519 million for the first half of the year, after taking a pre-tax profit of $24 million during the same period last year.

It reported an operating loss of $395 million, said its realized oil price of $57.30 per barrel for first half of the year was 6 percent lower than last year, and lowered its spending guidance for the year by 20 percent to $400 million. ■