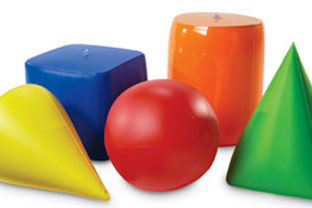 
We believe that patents are one of the building blocks of a healthy economy. Indeed, it there's no protection of intelectual property, there's no progress. Thousands of scientists, engineers and other creative persons are developing new ideas every day and some of the deserve to be protected by patent system. However, the problems is that patents, at least in the U.S., just went out of control.

It may sound like a joke but unfortunately it is not: a basic geometric shape of a rectangle with rounded corners is now protected by patent regulations. That will have a profound effect on range of companies and products. The US Patent and Trademark Office issued US Patent D670,286 for the iPad and the Office staff obviously feel that iPad is much more unique that hundreds of other products with rounded corners.

Now, you may say "The corners have a specific radius, a specific shape," but bear in mind a patents like this one may cause a number of battle in the court of law. It is fair to say that we understand Apple: it wants to protect its devices againt no-name "iPads" that you can buy for a few dollars, and some of the looks identical to, say, iPad. But that's not the problem, the problem is that patent was granted for such a basic geometric shape.

When you see Samsung Galaxy Tab, it's obvious that it's not identical to an iPad but that didn't stop Apple lawyers to claim that customers may believe that they are buying an iPad when in fact they have a Galaxy Tab in hand. That's an insult to a healthy mind.

We must also bear in mind that lawyers are following the law, not the common sense. If the law says that you can't made a device with a rounded corner, lawyers must act because that's what they do. No matter who wins at the court, the expenses may be so huge that Apple's competitor can easily be unable to continue with the business and that's especially true for start-up companies with great ideas but small amount of money at the table. That's why Samsung said that "it is unfortunate that patent law can be manipulated to give one company a monopoly over rectangles with rounded corners".

So, we have two problems here. One of them is the way The US Patent and Trademark Office is granting patents. It seems that anything can be patented, and it is hard to understand why Apple rectangle was granted a patent when so much devices with that design existed before it. The second problem, and maybe the bigger one, is the Apple itself. You have to be really frightened to come to idea to protect a simple rectangle. In the long run, that can just hurt all kinds of companies and industries and economy in general.

To sum it all: we are not talking here about some sophisticated feature, we are talking about one basic geometric shape. Naturally, the question arises: what's next? A patent for a finger? ■

What CEOs can learn from Captain Picard