Staff writer ▼ | November 20, 2012
Statoil and Wintershall have entered into a 10-year gas sales agreement for the delivery of 45 billion cubic meters to the German and other North-West European markets. 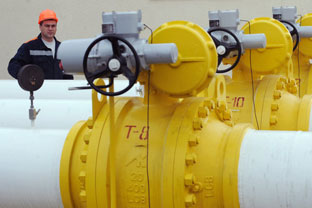 Statoil and Wintershall have entered into a 10-year gas sales agreement for the delivery of 45 billion cubic meters to the German and other North-West European markets.


Germany consumes about 80 billion cubic meters natural gas per year and is the second largest gas market in Europe. Up to five billion cubic meters per year is a substantial volume, representing more than six percent of the total German gas consumption. The volume corresponds to the annual gas usage of more than two million German homes, or the gas needed to fuel eight to nine 400 MW gas power plants. The gas is priced at competitive terms related to German and NW European hubs. The gas will be delivered through existing pipeline infrastructure from the Norwegian Continental Shelf, with the bulk of the deliveries going to Germany.

"This strategic agreement demonstrates the continued competitiveness of Norwegian natural gas in the German energy mix. Natural gas abundance and established infrastructure provides long term security of supply, and as the least CO2 intensive fossil fuel it can contribute to further reduction of German CO2 emissions," says Statoil's president and chief executive officer Helge Lund, adding "We see this agreement as a confirmation of how important natural gas will be in shaping the long term German energy system."

"The agreement with Statoil, a long-term and reliable energy partner with Germany for decades, is a significant milestone for Wintershall. For us this means that we can also use the volumes we produce from the North Sea in Europe in the future without having to expand our own infrastructure," says Wintershall's chief executive officer Rainer Seele.

Statoil is the second largest supplier of gas to Europe and has long standing ties towards the Germany gas market. Statoil's gas reaches the German market through the Europipe I and II and Norpipe pipelines that landfall at Dornum and Emden in Northern Germany. Wintershall Holding GmbH is a wholly owned subsidiary of BASF and has been active in the exploration and production of crude oil and natural gas for over 80 years. ■

Hewlett-Packard says it's the victim in Autonomy acquisition