Spotify to be promoted in Starbucks

Staff writer ▼ | May 19, 2015
Starbucks Coffee Company has entered into a letter of intent with Spotify to establish a multi-year relationship. 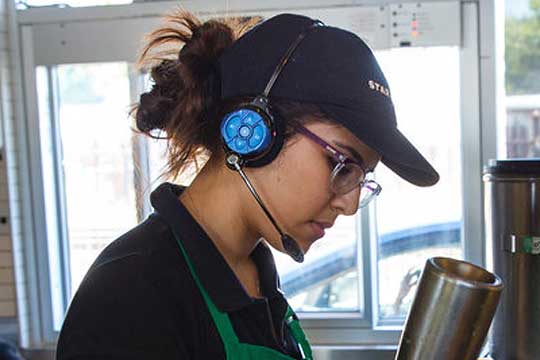 Cooperation   Through a phased rollout later this fall
That will link its 7,000 company-operated stores in the U.S. and 10 Million My Starbucks Rewards loyalty members with Spotify’s more than 60 Million global users to offer a first-of-its-kind music ecosystem.

Through a phased rollout later this fall in Starbucks U.S. company-owned locations, followed shortly thereafter in Canada and the United Kingdom, the agreement specifies that Starbucks and Spotify will collaborate on a next generation music ecosystem. As part of the agreement, Spotify Premium will be promoted in these stores.

This fall, Starbucks partners can help shape the in-store music programming using tools provided by Spotify. These partner-influenced playlists will then be accessible on Spotify via the Starbucks Mobile App so that customers can stream music anywhere, anytime from their mobile device.

Spotify will also include a dedicated section on Spotify featuring new playlists from Starbucks and its most popular music from the past 20 years, available to all Spotify users. ■