Spotify is coming to Asia and Latin America 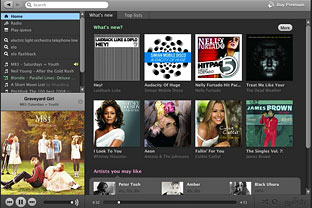 Music streaming web service Spotify said on its blog it is expanding into Asia and Latin America. Spotify has 24 million active users.


"Plus we're thrilled to make new friends in Estonia, Latvia, Lithuania and Iceland. This fantastic step now brings us to 28 markets and closer to our dream of making all the world's music available instantly to everyone, wherever and whenever they want it," said the company in the newest statement.

Spotify, has about 24 million active users, who have used it in the last month, and some six million paying subscribers. The company is based in Stockholm and it services in the United States, most of Europe, Australia and New Zealand. Spotify is a free on-demand streaming service but users can pay to enjoy music without advertising. The service has royalty deals with record labels and it pays about 70 percent of its revenue back to rights holders.

ComScore reports that about 48 percent of smartphone users listen to music on their device, making it the fourth most popular media activity after social networs, games and news, so no wonder that Spotify is trying to cover as many markets as possible. ■