Staff writer ▼ | July 6, 2015
Southwest Airlines said it has reached a tentative agreement with its Flight Attendants. 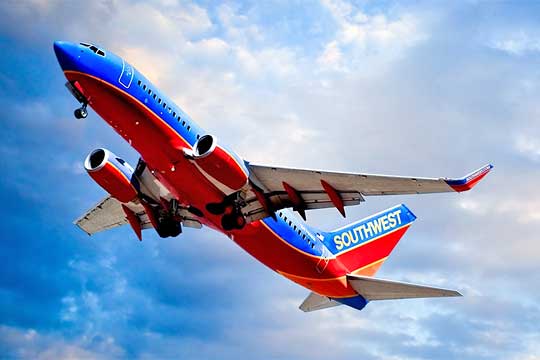 "I applaud the efforts of everyone who worked so hard to craft an agreement that rewards our Flight Attendants for their excellence," said Mike Van de Ven, Southwest Airlines executive vice president and chief operating officer.

"This tentative agreement not only provides additional money, it also supports Southwest's low-cost structure and positions the Company to be competitive in the years to come."

Southwest Airlines vice president of Cabin Services Mike Hafner said, "We have the finest Flight Attendants in the industry. Each day and on every flight, our Flight Attendants bring Southwest's Purpose to life for our Customers—connecting them to what's important in their lives through friendly, reliable, and low-cost air travel."

Southwest Airlines Flight Attendants, represented by Transport Workers Union (TWU) 556, will be presented with the details of the agreement in the coming weeks, and members will have the opportunity to vote on ratification. The current contract became amendable May 31, 2013. If approved, the new agreement will run through May 2019. ■

Stephen Tobias steps down from Canadian Pacific’s board