Staff Writer | December 30, 2016
Daewoo Shipbuilding and Marine Engineering Company said it has signed an agreement with an Iranian state-run agency to cooperate in the development of a shipyard in Iran. 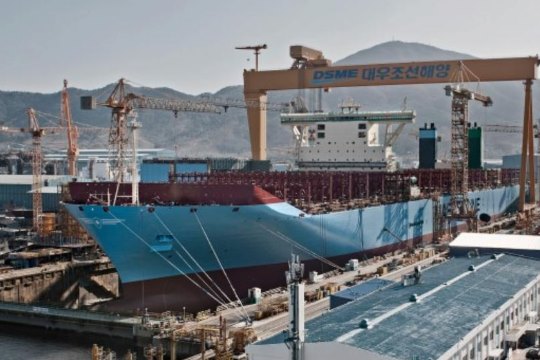 Shipping   Daewoo Shipbuilding will work in Iran
According to a report by Yonhap News Agency on Thursday, the South Korean company has signed the deal with the Industrial Development and Renovation Organization of Iran.

Based on the deal, Daewoo Shipbuilding will work to develop a shipyard and related facilities in Iran.

Jung Sung-leep as the CEO of Daewoo's Shipbuilding and Marine Engineering Company signed the document with Mansour Moazami who heads the Iranian organization.

The Yonhap report also said that the Iranian side wants South Korea to finance the project and urgently seeks to have relevant technology and operation know-how to be transferred to Iranian shipbuilding companies.

Since 1983, Daewoo Shipbuilding has secured a combined US$1.65 billion worth of orders to build a total of 38 ships from Iran's state-run shipping firms, such as National Iranian Tanker Co. ■