Staff writer ▼ | April 9, 2015
The South African government has signed agreements with vendor countries to develop its Nuclear New Build Programme and has concluded the pre-procurement phase of the programme. 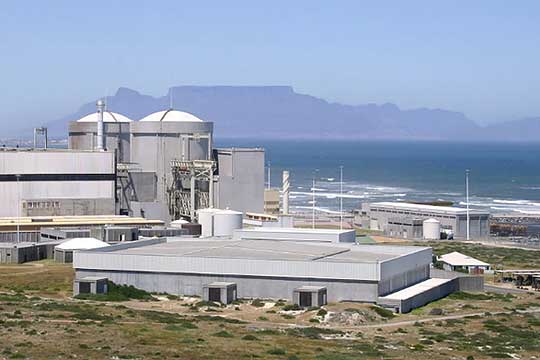 These nations use technology that is similar to South Africa, such as the pressurised water reactor nuclear technology, which can be seen at the Koeberg Nuclear Power Plant in Western Cape.

The South African government has signed Inter-Governmental Framework Agreements (IGFA) with Russia, China, France, USA and South Korea, while agreements with Canada and Japan are at an advanced stage and will be completed soon, said government officials.

According to the agreements, each country can contribute to and engage with South Africa’s nuclear new build programme.

Over the last six months, 80 South African nuclear experts have carefully analysed each technological offering for the vendor countries during the pre-procurement phase.

At the end of the process, every vendor country presented unique proposals to implement the nuclear new build programme, which will support the government’s decision to develop a transparent, fair, cost effective and competitive procurement process for selecting a strategic partners to implement the programme.

The procurement process will be presented for approval by the Energy Security Cabinet Subcommittee and endorsed by the Cabinet, with the aim of getting the first unit commissioned by 2023 and the last unit by 2030. ■