Sony cut to junk by Moody's 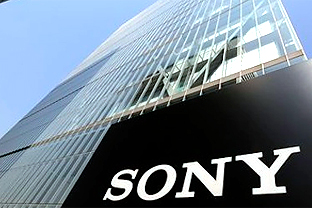 Sony Corp. had its credit rating cut to junk by Moody's Investors Service. Moody's Japan K.K. has downgraded the Issuer Rating and the long-term senior unsecured bond rating of Sony Corporation to Ba1 from Baa3.


At the same time, Moody's has downgraded the short-term rating of its supported subsidiary, Sony Global Treasury Services Plc, to Not Prime from Prime-3.

The rating actions reflect Moody's view that while Sony has made progress in its restructuring and benefits from continued profitability in several of its business segments, it still faces challenges to improve and stabilize its overall profitability and, in the near term, to achieve a profile that Moody's views as consistent with an investment grade rating.

Of primary concern are the challenges facing the company's TV and PC businesses, both of which face intense global competition, rapid changes in technology, and product obsolescence. Sony's profitability is likely to remain weak and volatile, as we expect the majority of its core consumer electronics businesses - such as TVs, mobile, digital cameras and personal computers - to continue to face significant downward earnings pressure.

The primary reason is intense competition and the shrinkage in demand, the result in turn of cannibalization caused by the rapid penetration of smartphones.

To improve profitability, Sony has implemented extensive restructuring measures that include - among others - the reduction of fixed costs for its TV business, and the consolidation of its manufacturing plants.

These efforts have helped reduce losses in its Home Entertainment & Sound and Mobile Products & Communications segments, but Moody's remains concerned that the benefits are only slowly emerging and that these two large segments seem unlikely to soon regain the robust profit levels seen historically.

At the same time, the four segments of Devices, Imaging Products & Solutions, Music, and Pictures are expected to remain profitable, but not at levels, which in aggregate can support an investment grade rating for the overall corporation.

Moody's is particularly concerned about weak earnings in the Devices and the Imaging Products & Solutions segments as the rapid decline in demand for compact digital cameras continues to alter the markets for such products and associated imaging sensors. Both of these two segments are expected to remain profitable, but at levels lower than those seen historically.

Profitability in the Games segment is expected to improve with the successful launch of PlayStation IV, but not to the extent seen with the profitability level in 2010.

The Music and Pictures segments are expected to remain profitable - after an expected one quarter seasonal loss in Pictures - and supportive of the company's cash flow and profitability.

Moody's considers that the continued solid operating performance of Devices, Music, and Pictures are particularly important in the midst of the restructuring of Sony's Home Entertainment & Sound, and Mobile Products and Communications segments.

However, a lack of stability in some of these segments will increase the risk of further delaying the recovery of Sony's overall profitability.

The stable outlook is based on our expectations that the company's overall credit profile will slowly improve. Operating margins are expected to remain in the 0.5% -1.0% range for the next 12 months. Adjusted Debt to EBITDA will decline over time but remain above 4.5x. ■