Staff writer ▼ | August 1, 2013
Singapore Airlines Cargo has agreed to plead guilty and to pay $48 million for its role in a conspiracy to fix prices in the air transportation industry, the Department of Justice said. 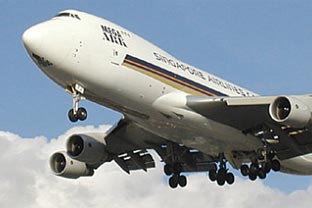 Singapore Airlines Cargo has agreed to plead guilty and to pay $48 million for its role in a conspiracy to fix prices in the air transportation industry, the Department of Justice said.


According to a one-count felony charge filed today in U.S. District Court for the District of Columbia, Singapore-based Singapore Airlines Cargo engaged in a conspiracy to fix the cargo rates charged to certain customers in the United States and elsewhere for international air shipments from as early as February 2002, until at least February 14, 2006.

Under the plea agreement, which is subject to court approval, Singapore Airlines Cargo has also agreed to cooperate with the department’s ongoing antitrust investigation.

According to the charges, Singapore Airlines Cargo and co-conspirators carried out the conspiracy by agreeing during meetings, conversations and other communications on one or more components of the cargo rates to be charged for shipments on certain routes to and from the United States.

As part of the conspiracy, Singapore Airlines Cargo and co-conspirators levied cargo rates in accordance with the agreements reached, and monitored and enforced adherence to the agreed-upon cargo rates.

Singapore Airlines Cargo is charged with price fixing in violation of the Sherman Act, which carries a maximum fine for corporations of $100 million. The maximum fine may be increased to twice the gain derived from the crime or twice the loss suffered by the victims of the crime, if either of those amounts is greater than the statutory maximum fine.

Including today’s charge, as a result of this investigation, a total of 20 airlines and 17 executives have been charged in the Justice Department’s ongoing investigation into price fixing in the air transportation industry.

To date, more than $1.7 billion in criminal fines have been obtained and four executives have been sentenced to serve prison time. Charges are pending against the remaining 13 executives. ■