Staff writer ▼ | June 20, 2014
Shire plc announced that it has rejected an unsolicited and highly conditional proposal from AbbVie regarding a possible cash and share offer for Shire. 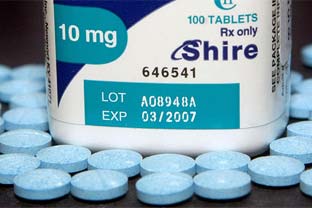 Shire plc announced that it has rejected an unsolicited and highly conditional proposal from AbbVie regarding a possible cash and share offer for Shire.


The proposal comprised 20.44 pounds in cash and 0.7988 AbbVie shares per Shire share. The proposal involved a new U.S. listed holding company with a UK tax domicile.

Based on AbbVie's 30 day volume weighted average share price of $54.10, the proposal represents a value of 46.11 pounds per Shire share (comprising 44% cash and 56% AbbVie shares).

The proposal follows two earlier proposals, which were also rejected. At AbbVie's request, Shire met with AbbVie to enable AbbVie to explain key aspects of the proposal. Following the meeting, the board of Shire decided unanimously to reject the proposal on the basis that it fundamentally undervalued the company and its prospects.

The board also had concerns regarding the execution risks associated with the proposed inversion structure, as AbbVie would redomicile in the UK for tax purposes. Shire will more than double its annual product sales to $10 billion by 2020 and the proposal would deny Shire shareholders the full benefits of Shire's growth strategy. ■

Oil sands and the Arctic the most expensive resources