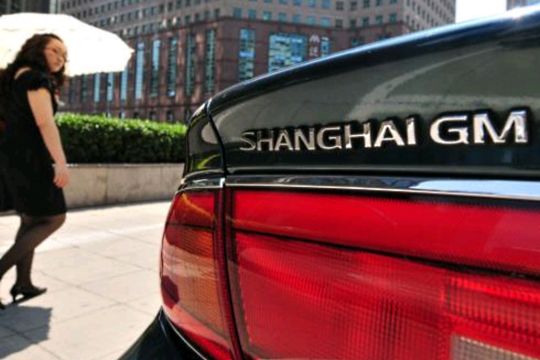 Auto industry   A joint venture between General Motors and SAIC Moto
Shanghai GM will use that money for 10 new or upgraded models a year until it has roughly 40 product lines as it tries to corner at least 10 percent of the Chinese market, Wang told reporters before the Shanghai autoshow, which starts on Monday.

Both Buick and Chevrolet brands will surpass 1 million in annual sales by 2020, Wang said at a news conference. Shanghai GM will spend 26.5 billion yuan on environmentally friendly products, including 10 "new-energy models", traditional and plug-in hybrids, by 2020, he said.

Wang said the company will cut fuel consumption in its vehicles by 25-30 percent in the process.

"In terms of new energy, we are keen on power efficiency and emission control and are ardent to go electrical throughout our portfolio," he said.

Shanghai GM has 13 new engines and nine new transmissions "in the pipeline" and plans to expand use of small-displacement, direct-injection and turbo engines, introducing diesel engines "when the time is ripe", he said. ■