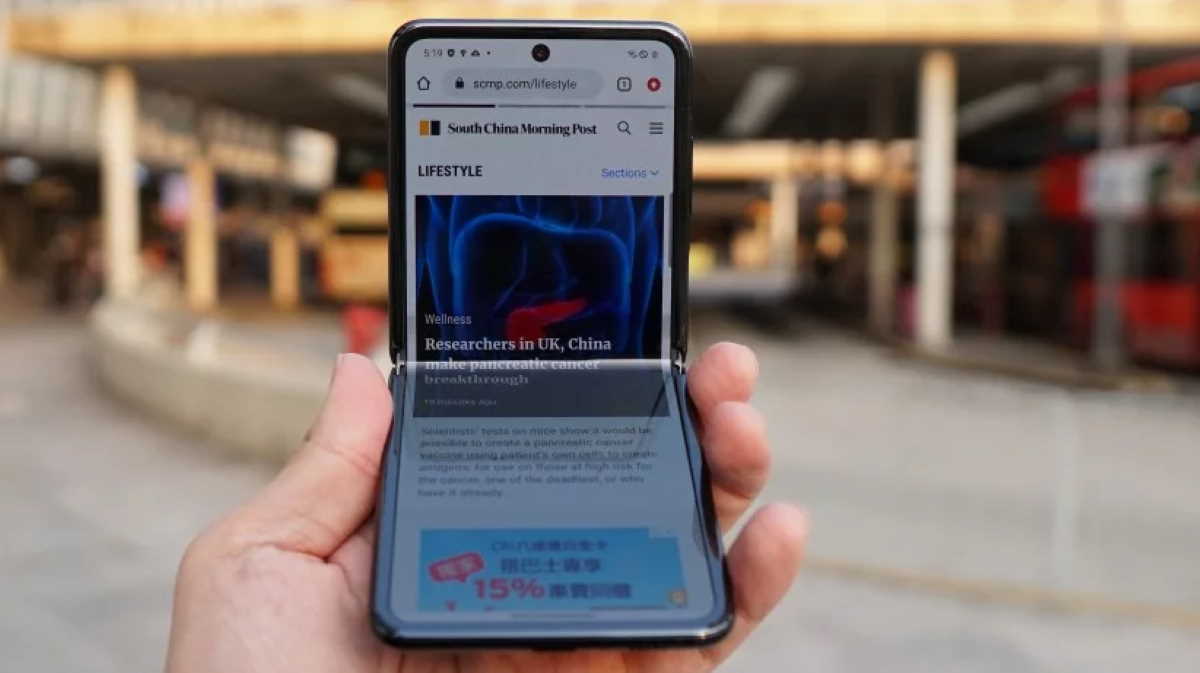 Smartphone   Samsung Galaxy Z Flip
But, a durability test by JerryRigEverything shows that this thin plastic is much easier to scratch than the Gorilla glass panels used by the latest flagship smartphones.

The Z Flip has barely been out for two weeks, but there is already at least one instance of the display cracking at the fold crease not enough to establish a trend, but definitely cause for concern over the Z Flip’s long term longevity.

The Z Flip comes with a warning with both a sticker on the screen and a start up warning that tells users to “avoid pressing hard on the screen or the front camera lens” and to make sure there’s nothing on the screen when you fold it closed.

Pocket lint discovered that having used the phone for a couple of days, they spotted a rippling in the display not the surface but in that actual display material itself. ■