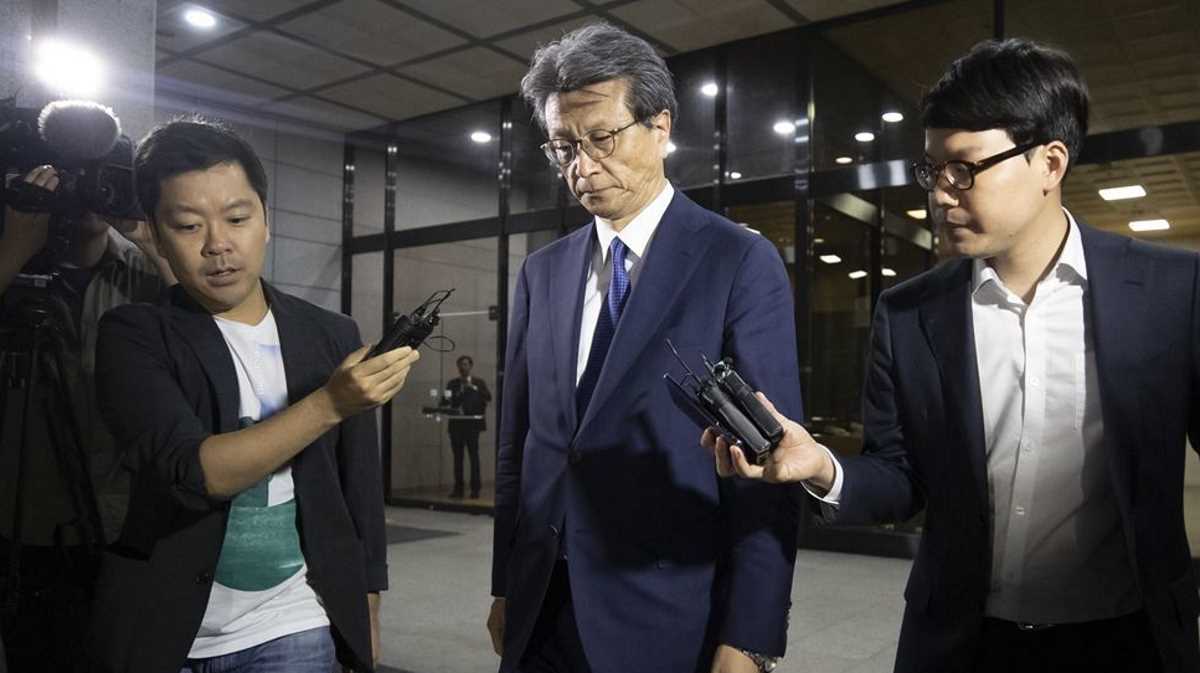 Asia   Chung Hyun-ho, president of Samsung Electronics
The 59-year-old Chung, known as one of the closest aides to Samsung Electronics Vice Chairman Lee Jae-yong, didn't respond to questions from reporters as he left the Seoul Central District Prosecutors' Office in southern Seoul at 2:30 a.m.

Chung, who entered the prosecutors' office at 8:50 a.m. Tuesday, was believed to have been grilled by prosecutors for over 17 hours about his role in the conglomerate's alleged systematic attempt to cover up accounting irregularities at contract drug manufacturer Samsung BioLogics and its affiliate, Samsung Bioepis.

Prosecutors suspect that Chung ordered the destruction and manipulation of evidence about window dressing by the two biotech affiliates ahead of the launch of their probe last year. Samsung Electronics is believed to be functioning as a control tower for other Samsung Group companies.

Chung reportedly denied his participation in the attempt to cover up evidence. ■