Staff writer ▼ | January 28, 2014
Samsung Electronics has signed an agreement with Google to cross-license their patents. 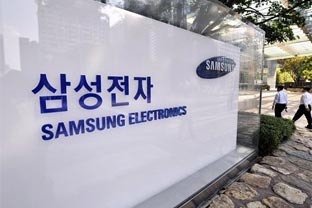 Samsung Electronics has signed an agreement with Google to cross-license their patents.


Samsung said the deal covers existing patents and those to be filed over the next 10 years. Allen Lo, a deputy general counsel at Google, said in a statement that the deal allows the two to reduce the potential for litigation and to focus on innovation.

Samsung said it also paves the way for deeper collaboration on research and development for Samsung and Google. The announcement means there will be a higher possibility for Samsung to participate in Google's key projects as a hardware partner.

Samsung is the world's largest maker of popular consumer electronics, and Google is a maker of the mobile operating system Android. Tech companies often use litigation to stop rivals from using patents without permission but many of the disputes end in cross-licensing agreements outside court. ■