Staff writer ▼ | July 14, 2015
The Salini Impregilo Group has signed a contract for the construction of the Al Bayt stadium in Al Khor, a city about 50 km North of the capital Doha. 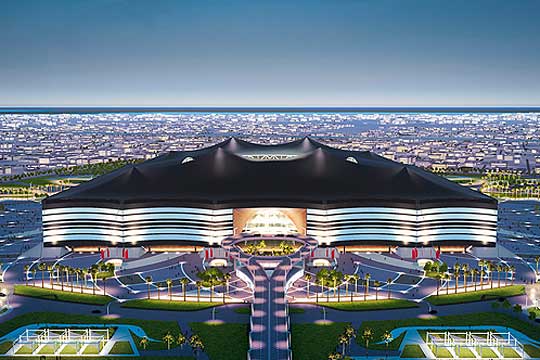 Developer   Italian company to work in Qatar
The contract is worth 770 million euro, of which 716 million for construction and over 53 million for operation and maintenance. It regards the design and construction of one of the sports complexes in which the 2022 final football tournament will be played.

Salini Impregilo, in joint venture with Galfar and Cimolai, beat many competitors from France, Austria, India, and Asia in an international competition which lasted several months before arriving at the short list and the final choice.

The project was awarded by the governmental foundation Aspire Zone which is responsible for the development of sports infrastructure in the country. It regards the construction of a stadium which can accommodate 70,000 spectators, with an area of 200 thousand square meters; an auxiliary building for security and administrative part of the system, and the center that will house the electromechanical and distribution.

The stadium, which will be completed by September 2018, will have a unique design: the project is allegedly inspired to the Bayt Al Sha'ar, the black and white tent traditionally used by nomadic people in the territory of Qatar, which is seen as symbol of hospitality for the desert travelers.

The design responds to the “Qatari concept" to mark the cultural and historical heritage of the country along with highly innovative technical and engineering aspects.

Particular relevance, among other things, regards the solutions adopted to provide ideal climatic conditions both for the players and for the spectators in an environment with high temperatures and extreme temperature changes daily and seasonally.

The project is, moreover, the most sustainable one thanks to modern construction techniques and the use of environmentally friendly and low energy impact advanced materials.

With this new contract Salini Impregilo strengthens its presence in Qatar, where it is already working on the 1.7 billion euro Doha Metro project called Red Line North and about 13 Km long through seven new underground stations, and the Abu Hamour hydraulic project. ■