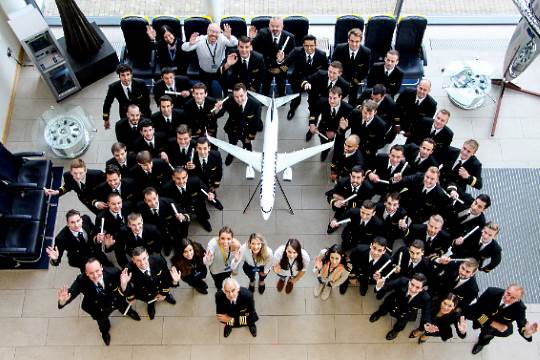 Air traffic   The intensity of the pressure pilot groups
The Irish company said it has written to pilot organizations in Ireland, the U.K., Germany, Italy, Spain and Portugal, inviting each of them to talks.

The carrier will “recognize these unions as the representative body for pilots in Ryanair in each of these countries.” The shares fell the most in five months.

The about-turn by chief executive officer Michael O’Leary, who once said “Hell would freeze over” before Ryanair unionized, reflects the intensity of the pressure pilot groups have put on the airline for recognition or face labor action during the busy holiday season.

The CEO had pledged higher pay and bonuses to keep flight-deck crews from bolting to rivals and also threatened them with retaliatory measures if they went on strike. ■