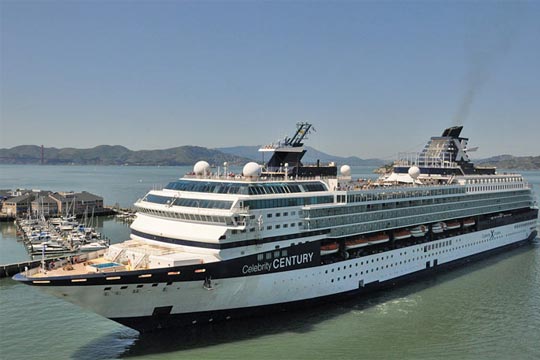 Ctrip to buy a ship   Celebrity Century will change the owner
The sale will result in a non-cash loss of approximately $20 million dollars. This loss will be excluded from company's adjusted net income in company's third quarter results. Royal Caribbean Cruises Ltd. will continue to operate Celebrity Century until April 2015.

Celebrity Century will complete its scheduled sailings through the March 22, 2015, itinerary. The 15-night, Dubai to Rome sailing on April 5, 2015 is being redeployed to a 14-night sailing from Dubai to Singapore.

Guests with affected individual bookings and named group bookings on Celebrity Century's April 5, 2015 sailing from Dubai to Rome have the option to either cancel their booking and receive a full refund or move to an alternative sailing and receive a re-accommodation onboard credit as well as compensation to cover air change fees. Guests with reservations affected by the transition will be proactively contacted by Celebrity Cruises.

ANZ will not take $7 international money transfer fee into ten Pacific countries
Coronavirus vaccine will be ready by early 2021, says SinoVac
Inter Pipeline to buy Milk River Pipeline System in exchange for Empress II and V Straddle Plants
Release of containers in Port of Antwerp will be digitalized