Staff Writer | July 28, 2017
The Romanian authorities approved a deal concluded between KazMunayGas from Kazakhstan (KMG) and China Energy Company Limited (CEFC) at the end of 2016, announced the KMG International (KMGI). 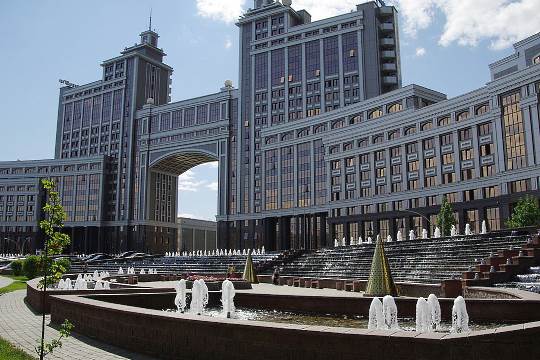 Oil exploration   KMG is the national company
The participation of KMG and CEFC in the new KMGI joint venture, which has its main assets in Romania, will be 49 percent and 51 percent, respectively, according to the release.

An agreement was signed in December 2016 between KMG and CEFC on the sale of the 51 percent stake of the KMGI Group, which owns and conducts major operations in refining and petrochemicals, retail, trading, upstream and industrial services through its own network of Rompetrol petrol stations in Romania, Bulgaria, Moldova, Georgia, as well as through its partners in the Black Sea region.

"This joint venture will benefit from the potential of energy resources of Kazakhstan and China's financial resources, for the expansion of the activities in the context of the "One belt, one road" global project," KMGI CEO Zhanat Tussupbekov was quoted as saying by official Agerpres news agency.

"A special attention will be granted to the projects in Romania, which is the state where KMGI holds the main assets. In conclusion, it is to be noted that this global project will have multiplying effects in the economies of the participating countries - Romania, Kazakhstan, China - as well as a positive social impact," Tussupbekov added.

According to the group, KMGI will become a platform for the development of a strategic partnership in the energy sector in Western and Eastern Europe, which will ensure both an increase in the group's operation and financial performance and an expansion of activities and operations carried out by CEFC on an international level.

KMG is the national company of crude oil and gas of the Republic of Kazakhstan, while CEFC is one of the largest private companies of China, which owns operations in energy, financial and investments services. ■

ChemChina gets around 82 percent of Syngenta in $43 billion deal
Aryzta buys Fornetti with 1,300 employees
Aixtron and Fujian to think what's next after U.S. veto