Staff writer ▼ | November 1, 2012
PVH and Warnaco will unite into one global branded lifestyle apparel company worth $8 billion. PVH will give $2.9bn, a 34% premium over Warnaco's last closing price, to reunite the House of Calvin Klein. 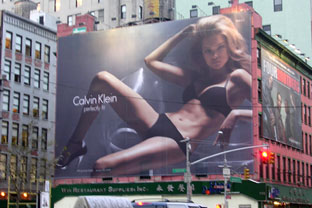 PVH and Warnaco will unite into one global branded lifestyle apparel company worth $8 billion. PVH will give $2.9bn, a 34% premium over Warnaco's last closing price, to reunite the House of Calvin Klein.


PVH Corp. is one of the world’s largest apparel companies and owner of such iconic names as Calvin Klein and Tommy Hilfiger, and number of other brands, from DKNY and Van Heusen to Kenneth Cole. The Warnaco Group is engaged in the business of men’s, women’s and children’s sportswear and accessories, under owned and licensed brands such as Calvin Klein, Speedo, and Chaps.

Two companies have entered into a definitive merger agreement pursuant to which PVH will acquire Warnaco and holders of Warnaco common stock will receive $51.75 in cash and .1822 of a share of PVH common stock for each share of Warnaco common stock. The transaction values Warnaco at approximately $2.9 billion. With more than $8 billion in pro forma revenue, PVH will be one of the largest and most profitable global branded lifestyle apparel companies in the world.

Based on PVH’s last closing stock price, the per share value of the consideration to be received by Warnaco stockholders is $68.43, a 34% premium over the last closing price of Warnaco common stock. The merger is expected to close in early 2013, at which time the former Warnaco stockholders will own approximately 10% of the outstanding common stock of PVH. In addition, Helen McCluskey, Warnaco’s President and Chief Executive Officer, is expected to join PVH’s Board of Directors.

"We are proud of what we have accomplished, driving growth and profitability and increasing our share price by roughly 500% since our restructuring in 2003. We look forward to the opportunities this combination brings to the continued success of Calvin Klein Jeans and Calvin Klein Underwear, the increased potential for our heritage brands, and the future for our associates," said Helen McCluskey, President and Chief Executive Officer of Warnaco. ■

Anybody can make an eBook, right? Wrong.