Staff Writer | December 25, 2017
Piraeus Bank announced that it has entered into an agreement with J.C. Flowers & Co. or the sale of its entire shareholding stake in its banking subsidiary in Romania, Piraeus Bank Romania (PBR). 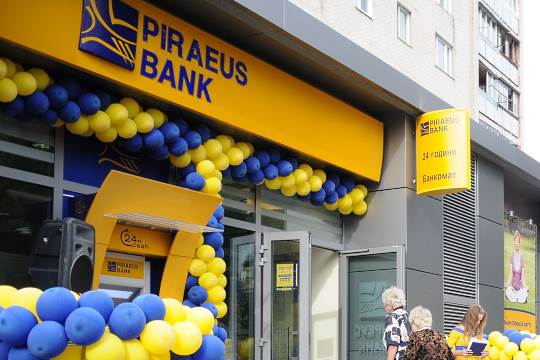 The impact of the transaction on the Group's regulatory capital position is expected to be neutral.

“The sale of our banking operations in Romania represents another major step towards the timely execution of the Group's restructuring plan commitments, as those agreed with the Directorate General of Competition of the European Commission, as well as the implementation of the strategic plan of the Group, “Agenda 2020”.

“I am particularly glad that going forward PBR will be owned and managed by one of the most well-esteemed international private equity firms with significant experience in the financial services space across numerous jurisdictions,” Christos Megalou, Group’s chief executive officer, said.

J. Christopher Flowers, CEO and Managing Director of JCF said: “Piraeus Bank Romania has a solid solvency, liquidity, and asset quality profile in the fastest-growing economy in the European Union. We look forward to working with Piraeus Bank Romania to complete the acquisition and create a strong independent bank in the dynamic, local banking sector in Romania.” ■

UK sheep and lamb population at highest level since 2005