Staff Writer | May 28, 2018
The Federallo Unica dos Petroleiros (FUP), a union of oil sector workers, started a strike in four refineries of Petrobras to prevent the company from selling those assets and is also demanding that the firm's president, Pedro Parente, to leave his post. 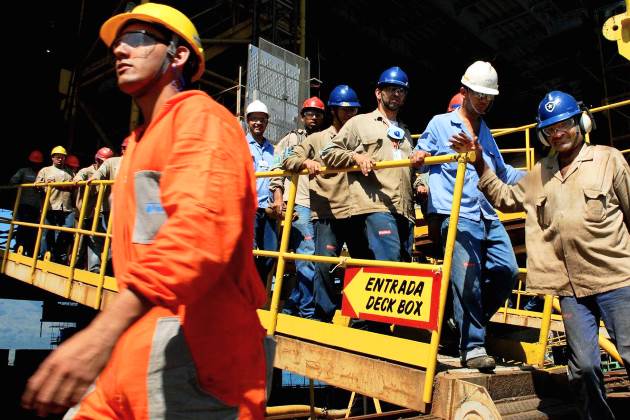 They see Parente as the person responsible for rising fuel prices in Brazil.

Workers from other areas of Petrobras are expected to go on a 72-hour strike on Wednesday.

FUP says that they are protesting against high the high prices of motor fuels and liquid petroleum gas. ■

Petrobras to decide on stake sale in fuel unit this month
Autoeuropa workers in Portugal stage strike
Petrobras pre-salt output up 1.8% in November