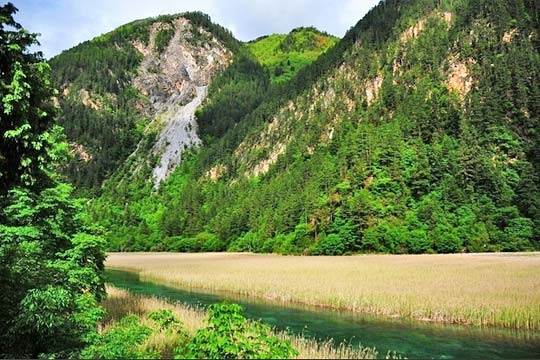 Excellent move   Million trees over four years
The company started the Sichuan project in 2010, its third carbon-offset project worldwide. Two similar projects are located in the South American country of Argentina and in the Republic of Mali in West Africa. Novartis set an absolute goal of cutting greenhouse gas emissions by 15 percent by 2015 and 20 percent by 2020, based on 2008 levels.

The Swiss company is picking up the cost of planting 10 million trees over four years, covering 4,200 hectares of mountains in the province. They selected species suitable for local conditions, such as spruce, fir, Chinese white pine and alder. It is reportedly the second-largest reforestation project in China, following a 6,000-hectare World Bank project in Guangxi.

"The artemisinin therapy (used to treat malaria) was initially developed by Chinese scientists, and Novartis has worked with Chinese partners and put it into production. Sichuan has been an important source for the raw material as well as a familiar place to Novartis," said Chui.

Novartis' malarial drug Coartem is extracted from a traditional Chinese herb. The Swiss company provides Coartem free to the World Health Organization, and the organization dispenses the drugs to patients in Africa.

The forestation project is being jointly carried out by the Sichuan Forestry Administration, US environmental organization The Nature Conservancy, the Daduhe Forestation Bureau and Beijing's Shan Shui Conservation Center. It has been registered as a Clean Development Mechanism program under the United Nations Framework Convention for Climate Change.igate climate change, they also assist in biodiversity conservation, he said. ■