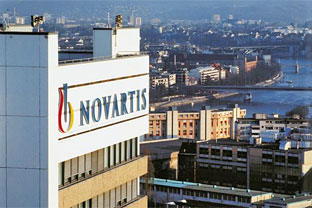 
The Court denied an appeal challenging the rejection of a patent for Glivec, a life-saving medicine for certain forms of cancer, patented in nearly 40 countries including China, Russia, and Taiwan. Novartis filed a Special Leave Petition with the Indian Supreme Court three years ago challenging the denial of the Glivec beta crystal form patent on two grounds, based on the Indian patent law. In addition to seeking a patent for Glivec, the company filed the case to help clarify these unique aspects of the patent law.

"Novartis has never been granted an original patent for Glivec in India. We strongly believe that original innovation should be recognized in patents to encourage investment in medical innovation especially for unmet medical needs. We brought this case because we strongly believe patents safeguard innovation and encourage medical progress, particularly for unmet medical needs. This ruling is a setback for patients that will hinder medical progress for diseases without effective treatment options," said Ranjit Shahani, vice chairman and managing director of Novartis India Limited.

The primary concern of this case, said Novartis in the statement, was with India's growing non-recognition of intellectual property rights that sustain research and development for innovative medicines. As a leader in both innovative and generic medicines, Novartis strongly supports the contribution of generics to improving public health once drug patents expire.

Novartis provides Glivec free of charge to 95% of patients prescribed the drug in India, currently more than 16,000 patients. The remaining 5% of patients are either reimbursed, insured, or participate in a very generous co-pay program. Since Novartis began its first donation program in 2002, the company has provided more than 1.7 billion dollars' worth of Glivec to patients in India.

Only in the last year, company's contributions were valued at $2 billion, providing medicine, education, and infrastructure to more than 100 million people worldwide. ■

Cray appoints Prith Banerjee to board of directors