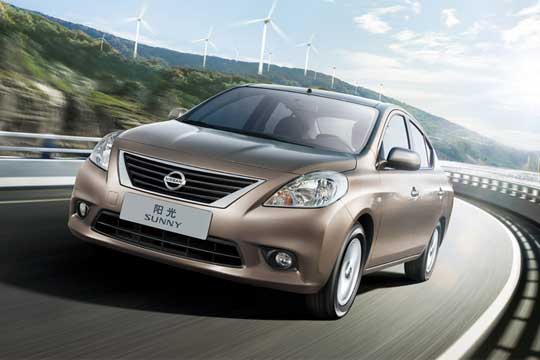 Joint venture   Dongfeng Nissan Passenger Vehicle Company
The plant, with an investment of 5 billion yuan (813 million U.S. dollars) and an annual production capacity of 150,000 automobiles, will focus on the production of SUV, according to Ren Yong, deputy general manager of the joint venture.

The first product to hit the market will be its X-Trail-branded SUV, he said.

Dongfeng Nissan has another three plants in Guangzhou, Xiangyang and Zhengzhou.The company's four factories are expected to produce more than 1.5 million vehicles annually by 2015. ■