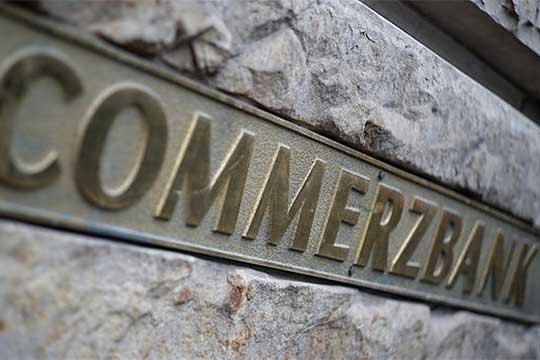 Huge penalty   Benjamin M. Lawsky announced:
Commerzbank will pay for Banking Law violations in connection with transactions on behalf of Iran, Sudan, and a Japanese corporation that engaged in accounting fraud.

Superintendent Lawsky said: "When there was profit to be made, Commerzbank turned a blind eye to its anti-money laundering compliance responsibilities. Bank employees helped facilitate transactions for sanctioned clients such as Iran and Sudan, and a company engaged in accounting fraud.


$60,000 clearing transactions valued at over $253 billion on behalf of Iranian and Sudanese entities.
"What is especially disturbing is that employees sought to alter the Bank's transaction monitoring system so that it would create fewer ‘red flag' alerts about potential misconduct, which highlights a potential broader problem in the banking industry."

From at least 2002 to 2008, Commerzbank used a series of measures – including stripping out information identifying clients subject to U.S. sanctions (wire-stripping) – to process $60,000 clearing transactions valued at over $253 billion on behalf of Iranian and Sudanese entities.

You can read the whole explanation here. ■