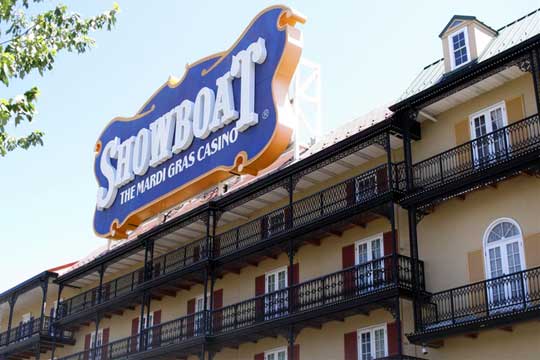 $18 million   Casino space to be converted to dormitory space
Officials from Richard Stockton College in nearby Galloway Township, said in a statement they plan to convert some of the 1.4 million square foot building into dormitory space. The Showboat has 1,329 hotel rooms and sits on 28 beachfront acres.

The former casino floor would be converted to administrative offices. Theaters at the building would, under the college's plans, house facilities for dance, music and drama programs, the school said. One of the three towers will remain a hotel holding some 479 rooms opening sometime in the spring of 2015.

The college said dorm rooms could be used as hotel rooms during summer months, when demand is high and most students are away from campus. The college said the purchase price is far less expensive than new construction. The purchase was announced in November. ■