Staff writer ▼ | May 6, 2015
The European Commission has approved a joint venture between Mondelez International and D.E Master Blenders to create the world's biggest standalone coffee company but they must sell some businesses first. 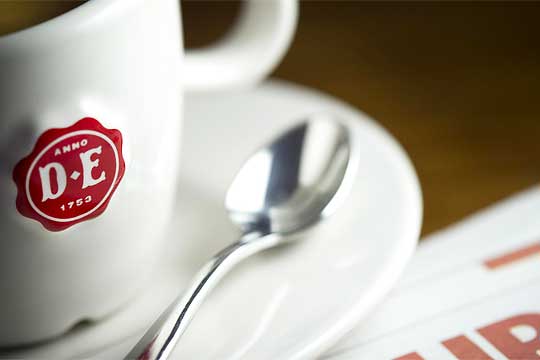 Acquisition   Creating the biggest standalone coffee company
The EU executive said that Mondelez of the United States must sell its Carte Noire business across the European Economic Area (EEA) and Dutch firm DEMB has to sell its Merrild business across the EEA and license its Senseo brand in Austria.

The new joint venture, to be called Jacobs Douwe Egberts, is the result of a string of acquisitions by DEMB's owners as they aim to take on market leader Nestle at a time more people around the world are drinking better quality coffee.

Reuters reported in February that Italy's Lavazza had exclusive first rights to consider buying Carte Noire, based on an agreement it had when the U.S. and Dutch firms had been planning to offload the L'Or and Grand Mere brands.

Mondelez and DEMB proposed selling Carte Noire after that original plan to sell the other two brands failed to soothe the EU's competition concerns. Lavazza said it planned to make a decision on Carte Noire by the end of June.

Mondelez and DEMB expect their venture to be finalised this year. Under the terms of the deal, Mondelez will receive 4 billion euros ($4.5 billion) in cash and a 49 percent stake in Jacobs Douwe Egberts.

Jacobs, which will still be a distant No. 2 behind food and drinks giant Nestle, will have annual revenue of more than 5 billion euros and brands including Jacobs, Tassimo and L'Or.

The remaining 51 percent will belong to a group of investors led by JAB Holding, whose principals have close connections to Reckitt Benckiser, Coty, and Jimmy Choo.