Staff Writer | November 14, 2017
Missouri Attorney General Josh Hawley announced that his office has issued an investigative subpoena to Google in connection with an investigation into the company’s business practices. 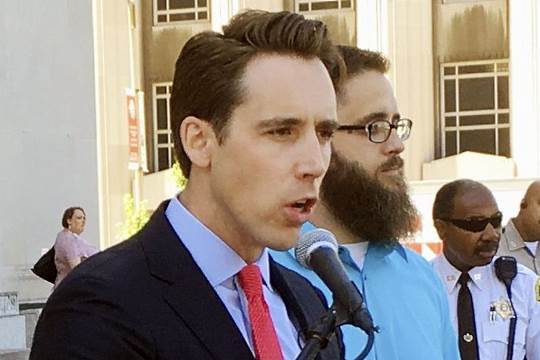 The business practices in question are Google’s collection, use, and disclosure of information about Google users and their online activities; Google’s alleged misappropriation of online content from the websites of its competitors; and Google’s alleged manipulation of search results to preference websites owned by Google and to demote websites that compete with Google.

“There is strong reason to believe that Google has not been acting with the best interest of Missourians in mind,” Hawley said. “My Office will not stand by and let private consumer information be jeopardized by industry giants, especially to pad their profits.”

On the state level, Attorney General Hawley is leading the way, holding tech companies such as Google accountable for their actions. However, this is not the first-time Google’s business practices have come into question.

In June, the European Union issued Google a record $2.7 billion antitrust fine. Then, in July, the Electronic Privacy Information Center filed a complaint with the Federal Trade Commission regarding a Google program that tracks consumer behavior.

In addition to online users’ location, device information, cookie data, online queries, and website history, it is estimated that Google has access to 70 percent of all card transactions in the United States.

“When a company has access to as much consumer information as Google does, it’s my duty to ensure they are using it appropriately,” Hawley said. “I will not let Missouri consumers and businesses be exploited by industry giants.” ■